Born in Antwerp, Eran soon discovered his sense of rhythm and passion for sound. One sweet day, the cherished dream of creating his own music and becoming a DJ came true. Inspired by the vibes of past and contemporary electronic music, he started mixing emotive melodies with a contemporary beat. Urged by a strong desire to develop his own DJ style, he soon discovered his path into the kingdom of sound.

Having singed his records to labels such as Sudbeat and Plattenbank has made him a vast feature in today’s world of electronic music.  His musical intuition, great mixing skills and openness for innovative influences make every party worthy of its definition. By consciously adapting his music to the audience and carefully building up the tempo, he succeeds to turn every party into one that will definitely be remembered.

Having found something that was missing in Antwerps nightlife, he founded together with his partner, a new concept called EDGE in 2014 which has already booked some of the biggest names in the industry such as John Digweed, Sasha, Lee Burridge, Adriatique, Stephan Bodzin, Hernan Cattaneo b2b Guy J, just to mention a few. EDGE was founded to bring party people, DJs and musical influences from different cultures and styles together. Since its initial conception in Antwerp, EDGE expanded its horizons and has held editions in Tel Aviv and Amsterdam. In 2017 EDGE expanded its brand by launching a record label which aims to curate some of the best electronic music around.

Hello Eran. First, thank you for taking the time to answer our questions! How have been things for you lately?

All good here. I am currently spending most of my time in Tel Aviv and enjoying the great summer we are having. Thanks for having me!

You have been DJing since you were 17 years old and producing for more than 8 years. When you were at the beginning, how difficult was for you learning to produce music?

Back then I considered myself much more a DJ than a producer, in a way I still do. But like everything in life, you need to evolve and try to move forward and evolve. The music industry was changing, and producing your own music became a very important part of an artist’s resume. I decided to take a course and give it a try. From there one thing led to another. 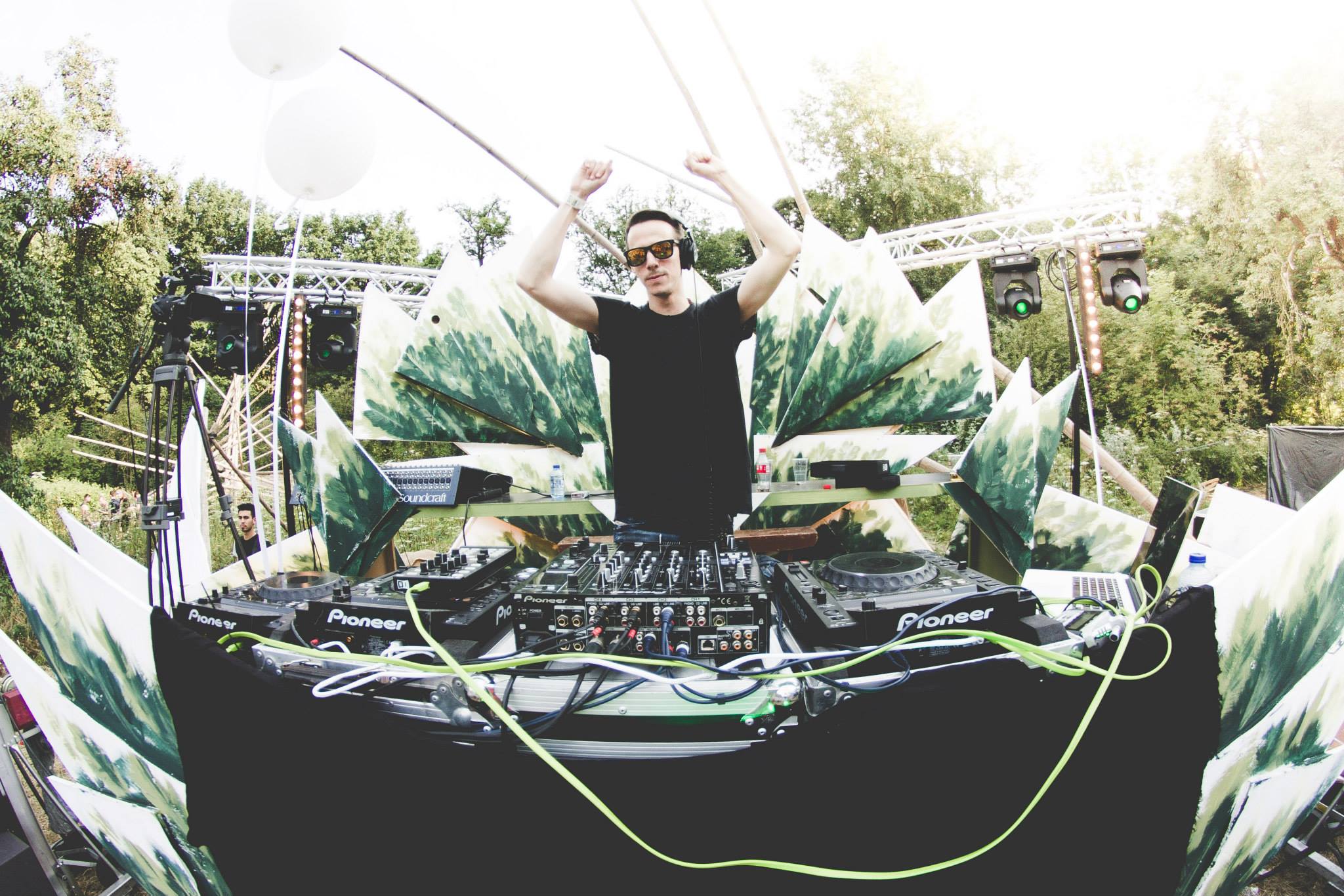 Which artists supported and guided you the most when you first started making music?

BP (better known as Lost Desert these days) was one of the first established artists to have guided me and supported me. I used to spend a lot of time in his studio and learned a lot from it.

Can you give us an insight into the Belgium club scene and how you managed to connect to the dance music world? Is it true that life changing experience for you was when you moved to London in 2000?

The Belgian club scene is essentially led by the Techno movement as most places in the world right now. With artists like Charlotte De Witte and Amelie Lens breaking through in a very big way and influencing the younger generation to follow into that sound. Obviously other electronic music styles are also well represented but they are more niche, a bit like us.
Having lived in London between 2000-2005, I guess we can say I was at the right place at the right time. Progressive House was reaching its peak back then and London was kind of the capital of Progressive. Whether you would be at the record shopping or looking for a good party, all the choices were there. For me personally, that was the best period for electronic music.

You’re the founder of EDGE label, so what was the most challenging for you to have and run a label? Was that something that you always wanted to achieve or was it something that just happened and you went with it?

I think the most difficult part is to keep your identity as a sound of the label and at the same time spotting the changes in styles and sounds and adapt to them to keep things fresh. EDGE was already becoming a solid name on the events side, but I always believed that having a record label on top of that would give us even more opportunities to develop. The development is not only for EDGE as a brand but also for the artists we can promote and push forward with the beautiful music they are making.

How do you select artists for your label? What in particular has to stand out for you?

I don’t really have a particular selection method for the tracks I sign to the label. For me it doesn’t really matters too much whether the artist sending me the music is already established or just starting off. The most important factor for me is the quality of the music and the ideas the artist is trying to bring forward. I see so many young artists trying to break through by releasing as much music as they can. Personally, I am not sure this is the right way to achieve results. I am firm believer of quality above quantity. 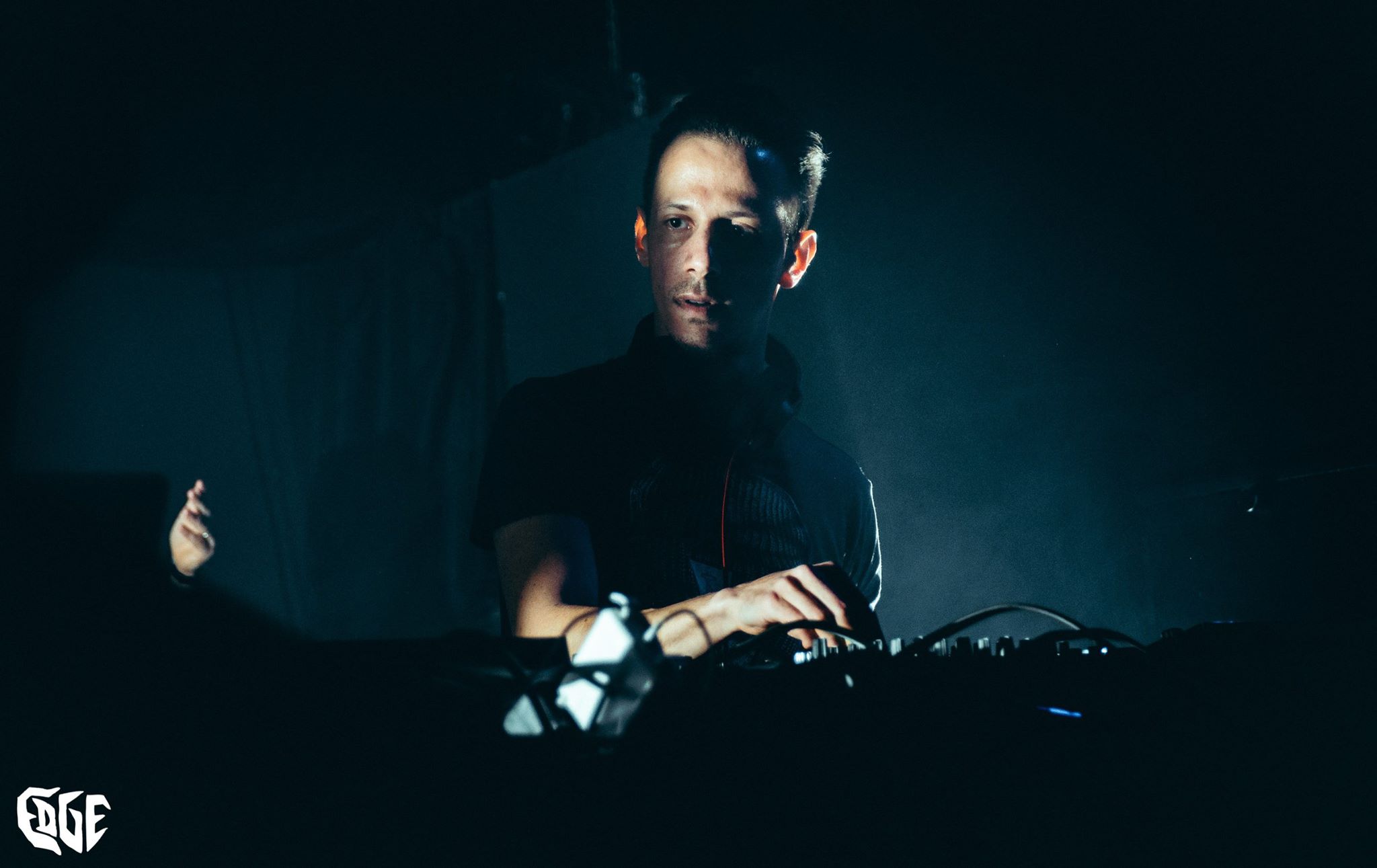 You are well known for the great events you do in Belgium, EDGE parties, hosting names like Guy J, John Digweed, Nick Warren, Lee Burridge, Guy Mantzur, just to name a few. We read somewhere that you wanted to present people also other amazing artists from electronic music world cause there were booked the same names at the same parties. How to educate people musically? What do you think, where is the main problem?

The main problem was diversity. When we started with EDGE, we wanted to present a different musical palette with a different vibe. At that time most of the parties in Belgium were all tech house, Techno led parties musically. I started noticing that quite a few people were interested in something else, but they didn’t have the alternative to choose from. That’s how EDGE was born. We decided to use a location which was different to most popular locations and diversify the music to a more melodic direction. It proved to be a good combo as we started to attract party goers from France and Holland.

Simos Tagias: If you love what you do, success will come eventually

Do you believe it is important for an artist to fall into a particular genre to ensure their place in the industry?

I think that’s very personal. Some people feel more comfortable when they are labelled under a certain genre and others don’t. You can compare it a bit with people who need a routine in life to others who rather shy away from it and live more spontaneously.

How influential is modern technology to your relationship with music? Would you say technology has encouraged exploration or homogenization in music?

Technology and Music are very much intertwined these days. Technology is a big part of what makes it possible to make and perform music on a high level.

Last year in May you launched live stream session called ”Room Service”. Are you satisfied with how everything went and how the crowd accepted this virtual way of having fun? Does this way perhaps now further strengthen the connection with the audience, when we are not having parties?

All of us were obviously looking for ways, as an artist, to connect with our fanbase during these weird and crazy times. Streaming was the obvious and easier way to do it from the comfort of our homes. I am actually really happy to the way it turned out. The interaction with the crowd is definitely different but at the same time interesting and a lot of fun. I enjoy doing those very much and plan to keep doing it on a regular basis.

We would like to know what makes you play a certain record during one of your sets. Are there any criteria, other than pure subjectivity, in selecting the tracks?

For me it’s the vibe that the track gives me. Its not a particular element, it could be the melody or the groove.