Mike Rish is an Australian DJ/producer who makes the soft, intricate, deep and progressive house sounds, though often subtle in their own right – a producer with a great range to his sound.

His studio output is prolific, and has been embraced by progressive heavyweights, with support from the likes of Guy J, Hernan Cattaneo, Nick Warren, Jamie Stevens and Kasper Koman to name a few.
His ”progressive” and consistent rise is the result of a diligent and very selective output of music, opting to release music to keep people engaged, but also wanting more. He has picked up international recognition via his releases on labels such as Meanwhile Recordings, onedotsixtwo, UGENIUS Music, Late Night Music, Juicebox Music, etc.

As you might imagine from a description like this, he’s also a man whose name we’re expecting to see much more in the future.

Not sure you need much of an introduction but let’s just say, some of our readers aren’t familiar with your work and don’t know you…How did it all start out for you? Tell us about growing up and getting into electronic music.

I think I was pretty lucky with the environment I grew up, in music wise. I have an older brother and sister who were teenagers in the 80s, and they went to clubs and music venues in the very early stages of what we call house music. But it was much more than just house music. My sister was into lots of bands like Depeche Mode, New Order, OMD and my brother showed me stuff like The Beastie Boys, The Prodigy, Massive Attack, Aphex Twin,  808 State, Maurizio, Galaxy 2 Galaxy etc. I was very well versed and I wasn’t even aware at the time.

My best friend also lived in the same street as me, and we were both into 90s hip hop and house/prog/techno from our early teenage years, so we would just be talking about music all day long, funnily enough we still do! I think I was around 14 or 15 when I started messing around with music software, I can’t even remember the name of the first little program I was using, but it was pretty limited. Then I got into Adobe Audition 1, which wasn’t much better. It was just an audio editing program, not a DAW, so I had to place everything on the grid and then record the synths in standalone mode into Audacity and then try and make it fit. It was a nightmare when I think about it now, but it was still lots of fun. Then I got into Ableton when it was Live 4 in about 2004 I think, which was the first version of Ableton that had MIDI sequencing which was a game changer for me. How much did those early days inform the direction of your career?

It’s hard to say really. I’d like to think that it definitely shaped my sound pallet of what I gravitate towards musically. As I upskilled over the years, my direction has always remained the same and the music has always been fairly progressive, even in my early years of making music.

Australia is one of the countries where progressive music is hugely popular. How different is your experience of the music scene now compared to what you saw in previous times, what’s the biggest difference?

I think we’re seeing a resurgence in progressive house music in Australia, especially in  Melbourne and Sydney. I mean, Melbourne alone is a bit of a progressive producer and DJ hub with the likes of Jamie Stevens, Matter, GMJ, Anthony Pappa, Luke Chable, Eric Lune, David Leckenby, and the list goes on. We’re all friends too which is cool, so we do hang out at the events and stuff.

Up in Sydney there is Luka Sambe, Filterbear, Zankee Gulati, Tristan Case, George Alhabel, etc. Up in Queensland there is Dopel and plenty of others. There’s just a lot people making great stuff and I think that’s really important to sustaining a thriving community of likeminded artists.

As a music artist, it becomes apparent that there is a huge difference between the art and the business. Is there anything about the music scene that you would personally change?

I could get myself into trouble here so I’ll chose my words carefully…We obviously live in different times that have shifted some of the focus towards social media and the need as an artist to create content. Your followers have to be ”x,y,z” and you have to be posting every 10 seconds or you might vanish into obscurity, etc. etc… I don’t personally believe that. I think great music is great music, and even if you’ve got 900 million followers across 15 different social media platforms, it’s not going to help you make unique music.

However, because of this desire for success, some stuff on Beatport can sound a little similar as everyone is trying to get the attention of Guy J or Hernan or Nick or Digweed… So there’s a tendency to write music you think they might play in order to get that tick of approval from the industry… I’m not interested in that….I don’t want to be the next Guy J or Digweed… I want to be me with my own sound.

Being based in Melbourne, can you tell us a bit about your favorite clubs there and how often do you get to play in your hometown?

The progressive house community is tight knit and there are some great events on, but it’s not like there are prog parties every week because techno and tech house are still the commercially viable forms of ”underground” club nights at the moment. Killing Time is a club in Melbourne that I absolutely love. It’s very small but it makes for a really intimate setting and I think being so close to the crowd creates such a nice environment.

You have firmly cemented your place as a high quality producer. How hard is to stand out when there are so many amazing producers on progressive house scene at the moment?

Very hard. I work extremely hard at making something new and interesting every time I sit down in my studio. It’s important that I haven’t just recycled a formula that works. Music is my hobby first and foremost… I don’t want to become bored doing the thing that I love to do which is make music. What do you feel that motivates or inspires you to continue creating music?

As I mentioned above, music is my hobby. I don’t need motivation for it, because I just enjoy it. There is some element where I think I could be close to making a career out of music, and that would be nice. Inspiration comes from so many things… Sometimes I will think ”Ok, you need to make a batch of ”bigger” tracks because you have a lot of melodic and musical tracks, but you need some peak time bombs to slot in”… But, it could be a sunrise or a sunset, new or old experiences, places I’ve been to, etc. etc.

Studio work and music creation or performing and interacting with a live audience, what do you prefer?

I can’t have one without the other. I spend more time in the studio than in nightclub DJ booths, but I’m sure every producer does. DJing is the medium in which I can perform the music I’ve created. So it goes hand in hand.

What is your opinion on the ever-spreading sub-genre vine? Are there too many? Do you think there’ s perhaps a sub-genre that doesn’t get the attention it deserves?

There seems to be a new genre every other week. The issue that stems from creating new genres on Beatport, is that it can pigeonhole people. Progressive house used to be quite eclectic in the tracklistings you would hear from the likes of someone like Digweed. He would play Progressive, Techno, Tech House, Tribal Stuff, some electro stuff too even. It seems to be less eclectic at the moment.

How has your set-up evolved over the years and what are currently some of the most important pieces of gear for you?

My setup has always been fairly compact. I love synths and I’m sure if I had the money I would have a room full of synths, but it would not make me more productive. Currently I have a MacPro from 2009 that my brother gave me. It’s the old cheese grater looking one that he upgraded and spec’d out so its an absolute beast, despite its age.

I have An Apogee Quartet interface, Genelec and IK Multimedia Monitors, a Prophet Rev 2 , Virus TI2 Polar and two Xone K2 midi controllers, plus a bunch of software stuff… The most important thing is the computer though… Take that away and all the other stuff is pretty pointless. 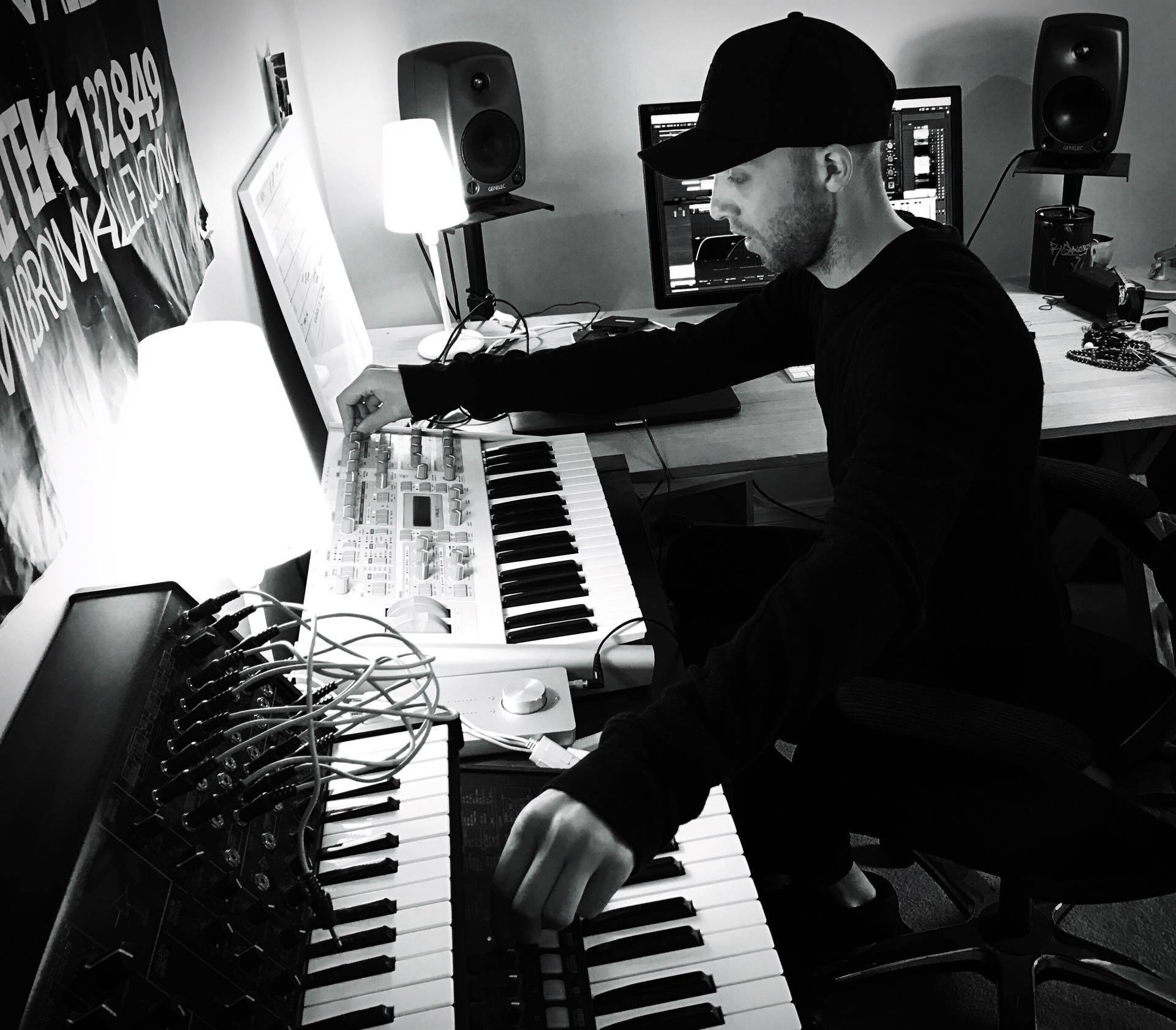 What do you like to do in your spare time when you’re not making music?

Since the whole Covid thing, my priority has been spending time with my family. I come from a big family, I have 4 other siblings, so it’s always a lot of fun when we get together. Walking my dog with my girlfriend is something I really enjoy too.

What will this year bring for Mike Rish, what can we expect in the near future?

Rules of behavior at the Turija22 festival