Julian Farina Balbi aka “Frangellico” / aka “The man in dark suit” was born on November 15, 1980 in the city of La Plata – Buenos Aires – Argentina. His interest in music started at the young age of 12 when he start taking classes at the Stetic Art School of La Plata. While beginning to taste the art of music through piano and guitar lessons, he studied classical music and its pioneers in depth.

During his teenage years, his music taste expanded to include rock and punk rock, listening to bands such as Ramones, Suicidal Tendencies, NOFX, Off Spring and Bad Religión. It wasn’t until on 1999 when he was exposed to electronic music, beats and synths in a Prodigy concert. Since then, his passion has been completely towards dance music.

In 2000 he start listening to various Dj´s who have strongly influenced his present style such as Moshic, John Digweed, Hernan Cattaneo and Martin Garcia. By that time he was pretty much hooked to Deep Progressive, Deep House and strong hard techno beats, which of course has remained his favorite style.

In 2005 he made his first steps into music production, by focusing on generating emotional atmospheres and feelings with a deep dark underground sound. Nowadays, he had support from big names such as Hernan Cattaneo, Moshic, Dj Tarkan, Faskil, etc.

Today he is working in the studio with new tracks and remixes from both Alias – Frangellico & The Man In Dark Suit; with new sounds and melodies which for sure will keep thrilling even the most demanding deep progressive fans.

How did you first get into electronic music, what was your start?

As a kid I was a follower of Punk Rock, Punk Ska, Alternative and Psychodellic Rock, and also some Pop stuff. So I was not very in touch with the classic electronic pioneers. Actually some of my favs. was Michael Jackson andin a way still is.

My first contact with some “electronic” stuff was in a Prodigy concert in USA. I followed the band for a while, but feeling all those synths, drum machines and fx live really pushed me into the electronic world.

Later on I reached some of the influences many DJs and Producers of my generation have, bands as Depeche Mode, Radiohead, Bjork got me totally in the electronic scene.

After all that, around 1998/9 I started listening DJs as Sasha, Digweed, Hernan, Moshic and many more.

Was the Argentinian club scene conducive to your growth as a musician in your early years?

Yes totally,  back then it was a total different scene and times. Im speaking about 1999 – 2002 period. At this time I got the chance to see and listen every Dj or band at relatively small clubs, very close where you could actually see how they work play and “get the nihgtgoin”.

Pacha Buenos Aires and “Big One” where clubs where many of the big names came. Also many many festivals where goin on here, as Moonpark, Creamfields, Southfest and others.

All these things influenced in me very much. I think the way I understand the electronic music scene, the dj and prouder side of it, and also the clubber way -If this is a term – I still have the vision I got from those times.

At what age did you play your first professional gig?

Taking professional as being payed for it, probably at 22 years old, but some time before I already was playing for friend and very little – super little – private parties. 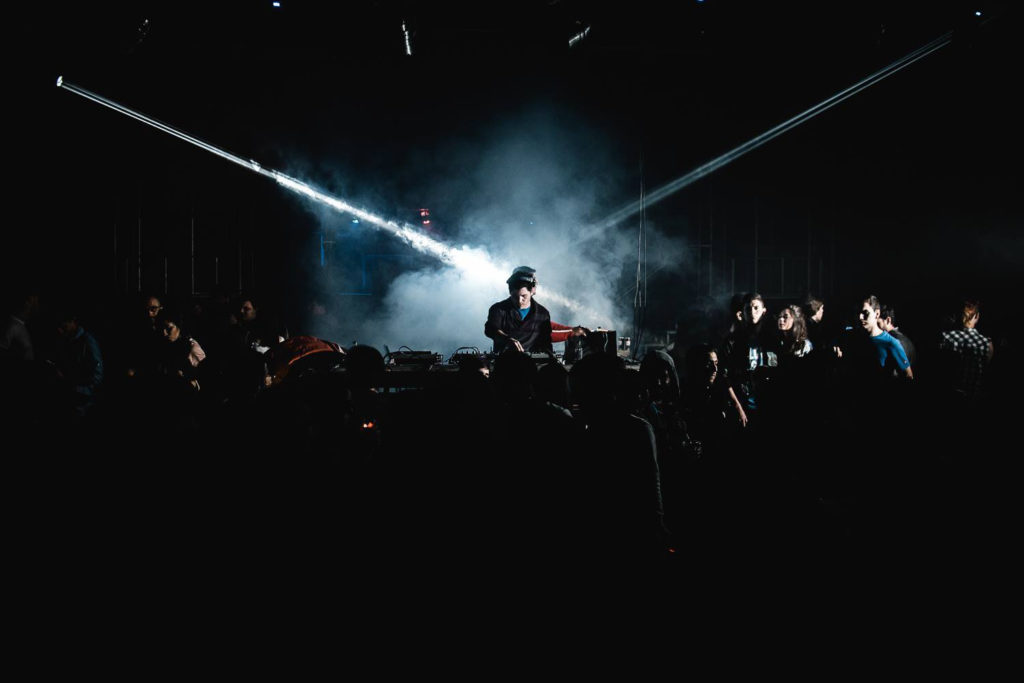 How often do you get to play in your hometown? Do you have any favourite club you enjoy playing there?

I live in La Plata, is kind of a small city, very very close to Buenos Aires, so as in every major capitals in the world, Buenos Aires plays a strong role in the art and music world. I think in a way these kind of “big cities” absorb the scenes and culture of the places very close to it. Said that, in  my city never has been a big recognition or promotion of Progressive House, so I don play here much, but I do in Buenos Aires.

Buenos Aires has many great clubs and the crowd is also very different depending on where you play.

But according to my music style, probably one of my favs. Is Club Bahrein, where I play regulary and is amazing.

Can you tell us about your ‘’Trippin’’ mixes, what’s the flavor and idea behind it?

Trippin started as a simple Radio Show long time ago I think was at Frisky Radio. Later on it went through some other stations and finally I kept it as my personal monthly promo. I find nothing wrong on having a Radio Show, but a certain point I was feeling I was too much inmerse in a “business” I was not part of, and didn´t even want to be.

Music is music, and music industry is another thing, so when I choose to keep TRIPPIN as much alternative and underground as I can, I think I took the option of what I understand for Music.

Of course I want to reach as many people as I can, but I feel that if your music is good and people like it, even they are 100 or 9 million, they will find you, and the ones following will be for sure real.

This is why I run TRIPPIN somehow like fun, no commitment to certain days or time, names or those kind of things, it´s just a way out and a passion I share with the ones who like it.

On the musical side, I find in TRIPPIN the perfect spot to play my own work, edits, remixes and anything I like. Of course also some “mainstream” tracks I like at the time and some other artist or tracks wich are  probably not that well known. I feel totally free so the show is a real photo of how I feel music at the time.

But the main idea wich I think I keep from day one, is to develop a musical story for two hours of music. In the way I personally understand music.

Your thoughts about The Man In Dark Suit vs your other alias Frangellico, how did they come about?

Frangellico is the name I used since day 1, and around 2013 I created this AKA “The man in dark suit” which I keep for making some crazy stuff more related to my old deep kind of darky style, but I did also some other stuff more into these type of Progressive – Techno “fusion” sounding today.

The thing about it is that most of the stuff I create under T.M.I.D.S, I use it for live gigs or TRIPPIN show, but not with the goal to be released.

In 2018, you performed for the first time in Belgrade, Serbia. What are your impressions, actually, what kind of impression did the audience have on you? FernadoFerreyra also performed with you and the local support was Migazz.

Yes, we share the booth at Tash Machine with Fernando and Migazz. For me it was memorable. I enjoyed every second of that night. I knew from before that the Serbian crowd was very “educated” in the way that they really know what is the artist about and what they want to listen, but actually It was much more up my expectations, was even better than what I thought. Will never forget it.

Do you ever have time for any other activities, if yes, can we find you doing other than what your career demands. Any hobbies, you can share with us?

As you probably know, besides music im a lawyer, I practice criminal and civil law daily – this is somehow the reason of my AKA name. I work hard at the music studio but also my Legal work takes lot of time.

Im a teacher at University for Criminal Law I, and im also running a Master in same subject,  – so I share my weeks between music production, DJing, studying and Court work.

What are you working on right now, any projects we should know about?

I took this year with the goal to be more time in the studio. Last year Ive been playing a lot here, so I decided to slow it down a bit and get some more releases. Choose my gigs better.

Even I finish and I play a lot some of my own music in my gigs and TRIPPIN shows I was not sending stuff to labels, for different reasons – this may take another interview = ) – but I set myself to get out at least some more this year. Already a remix for Massive Harmony is out for “Gaston Ponte – My acid drums”,  which I play a lot and im very happy with the results, and I hope some other stuff will see the light later this year.

At the Dj side im working on the TRIPPIN nights, planning to take the spirit of my TRIPPIN shows to the dancefloor, with friends, international guests and so, but still working on in.

Wow, this is very very hard. I will limit the question to some of the music I play or used to play, but for sure are not only but some of my favorite tracks.

Mathew Dekay – If I could fly

JFOS – Do what you want (Infusion Mix)

It was great to talk with you. Thank you once again for taking your time for this conversation.

Huge thanks for having me, and hope to meet again. Love !