Emi Galván is a DJ, Producer, guitar player and singer influenced by a lot of rock bands and electronic music artists like Chemical Brothers, Prodigy, Underworld and Faithless.
His productions have been released through labels like SUDBEAT, The Soundgarden, Balance, Plattenbank, Movement Recordings and Manual Music. Thanks to the support of well known artists such as John Digweed, Hernan Cattaneo, Nick Warren, Above & Beyond, Guy J, Eelke Kleijn, Cid Inc and Guy Mantzur among others, he made his music sound at the best festivals in the world.

After his energetic shows in Argentina, Egypt, Spain, Greece, Holland, Hungary, Malta, Peru, Romania, Russia and Uruguay, Emi keeps on working on his own productions and monthly podcast ”Flowing”, looking forward to reach the whole world with his music.

Hello Emi, thanks for taking the time for us to get to know you better. How are you and where are you at the moment?

Hi! Thanks for the invitation. I’m fine thanks, I’m in my studio in Buenos Aires.

In your biography we can find out that you were in rock, metal, punk band with whom you released a couple of albums, you were a vocalist and guitarist. You’ve been in the band about 15 years, if I’m not wrong. So can you tell us a little bit about that journey? What was the name of the band, was there just one or few of them? How was the rock/punk/metal scene in Argentina in that time?

I had 3 bands at different times. The first was Metal / Trash where I played the guitar, the second was for ska punk reggae where I played the guitar and did backing vocals, and the last was an alternative rock band, where I was the lead vocal and guitar. Music in Argentina was always difficult, because our government does not support culture, therefore it was always difficult to play in places even more when there are so many bands competing with each other. However, there has always been a great rock scene in our country due to our history.

Going through that experience and making a transition to electronic music, what would you say now – was it better for you when you were in the band or now when you’re DJ and music producer? Is there anything you miss from that period?

Well there are many things that changed with my transition from rock to electronic music. To begin with, as a DJ I get paid to mix music, and before I had to pay to play with my bands, which was very sad. As a DJ, I can travel anywhere in the world just with my pendrive and my headphones. With the band it was impossible to put together a tour due to the logistics involved in a group of 4 or more members, not even mentioning the cost of the tour. As a DJ I have fewer worries, fewer problems and I enjoy a lot more, people have a great time, but being a DJ is not like playing a real instrument live, that’s something I really miss about the band. 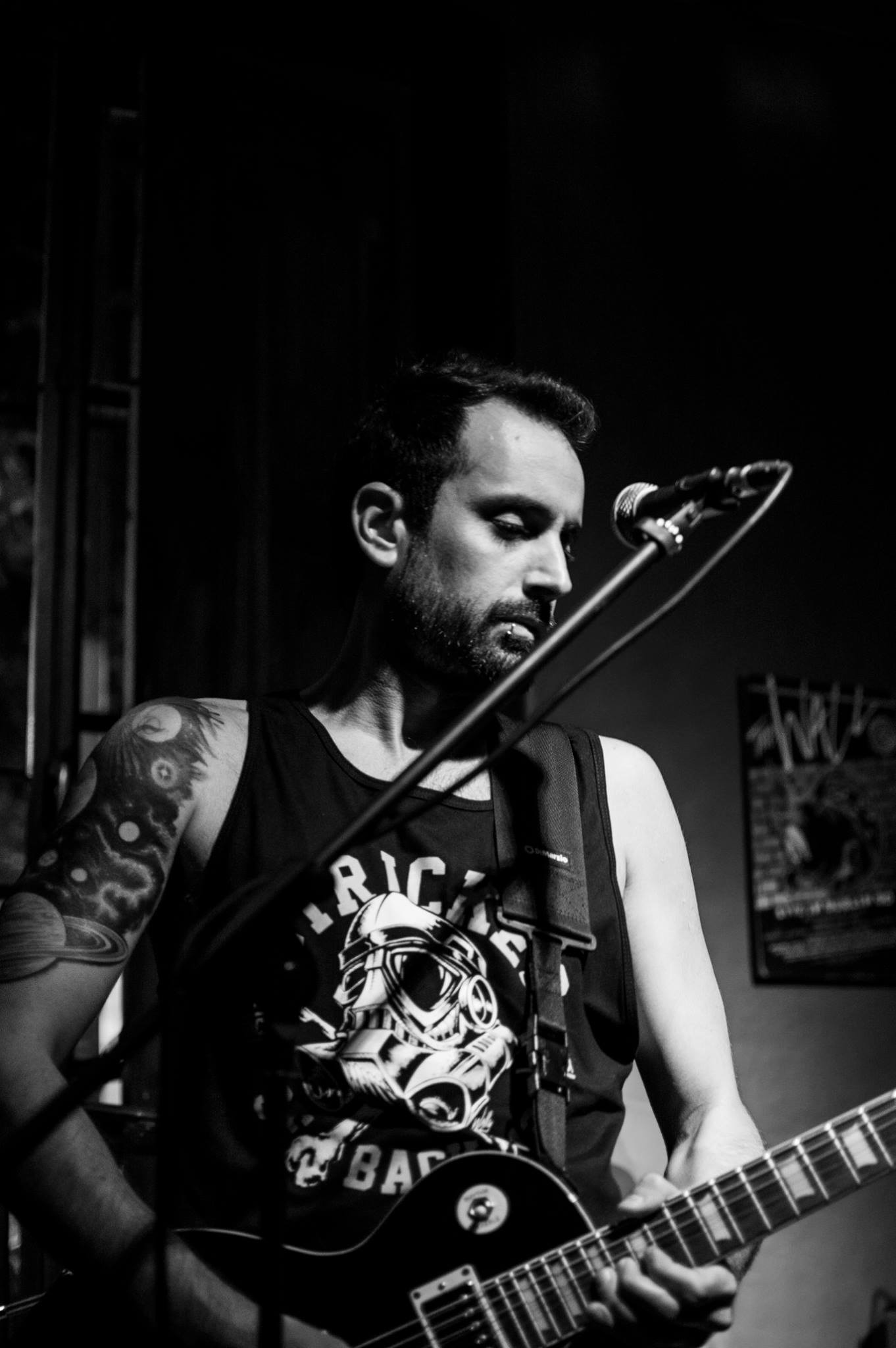 It’s quite clear that we are living in unprecedented times, how has your life changed during this very difficult time when night life and the entire entertainment industry in general has taken the worst beating?

I appreciate that my family and loved ones are doing well. And I’m very sorry for those who lost someone. My life changed for the better. All changes are positive, even if it may not seem so at first, everything has an end and reason. I learned to appreciate simple things, like being alive, things that we take for granted, enjoying our family, our pets and I also learned a lot to be alone and be happy without needing anything or anyone. It all starts in your mind. Obviously it was very hard economically, I spent 9 months without working as a DJ, I had to reinvent myself and start working on online courses, finding a way to earn an income through other non-musical means. Luckily in my country I was able to go back to work in November. But I see that we are one of the lucky few in that sense.

What has been your experience with live streaming? Do you find it challenging to play without the energy of a dance floor?

Yes, I had the need to connect with the public even online. I wanted to continue sharing what I love the most, but I didn’t want just a classic streaming. So I came up with the idea of taking the public on a journey into the universe and showing them part of what is out there. The universe fascinates me and I wanted to give a different experience than just seeing me pressing some buttons. Then “From home to space” was born, a 2 hour live stream. You can find some episodes on my YouTube channel.

Did you got more time for dedicating to some other things that you love to do or a hobby you have, beside music? What Emi do in his free time?

Yes, I started to play the guitar a lot again, I was meditating and working a lot on my mind and consciousness, I watched many movies and documentaries about the universe, the law of attraction and everything that is not seen, but that it is there, I love it!

Every day I went out to ride my bike, it’s something that fills me with happiness, I don’t know why, but that’s the way it is!

Although this Covid19 situation is not over yet, you’re having some events with all the new protocols which are necessary. When your first gig happened, after lock down, how was the feeling to get back on the stage, what did you miss the most? Did all this affect the change of energy from the crowd, including the distance between people on the party?

It was very nice to play music again, but at first it was very strange, because the venues were only enabled for people to be seated. So it was clearly not the same as before, it was a start. Obviously the music is different, lower since people could not dance, but hey, we all have to adapt in some way so that we can return little by little to what we were before. Now there are events with people standing in social bubbles and you can dance in groups of up to 10 people. There are those who hate this format and there are those who like it even more, since they are all much more comfortable. 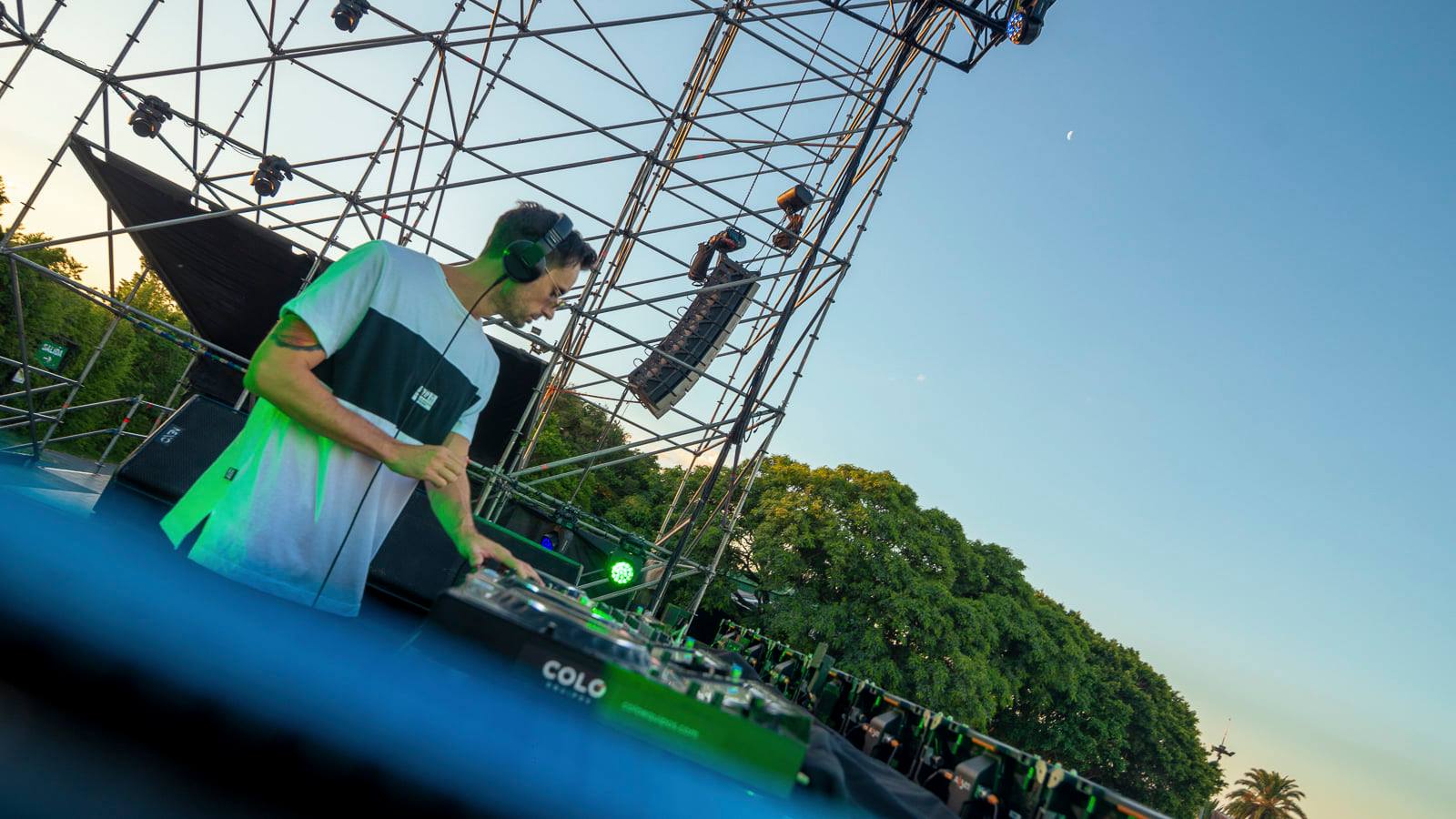 Let’s talk a bit about ‘’Flowing’’, radio show that first started on Proton in 2017 and later switched to Frisky Radio. How did you come up with the name for your show and what would you say is behind the meaning? What is important to you for each episode to include?

Flowing was born from the concept that music is energy, energy flows between all of us and if it is compatible it connects us in some magical way. So, with my music, I am Flowing together with those who are in the same tune, with the same energy, uniting us on a journey whose objective is to wake up, connect and enjoy.

The most important thing is to achieve all of the previously mentioned with the best new music that is available around the world.

Would you please guide us through the general process of making a track. What gear/programs do you use?

I currently work with Ableton Live. I have a Model D synthesizer and a Virus Ti, that’s all for now.

Every creative idea begins in my mind and later it’s transported to Ableton where I develop it entirely. Everything is programming, trial and error until you are happy. I usually test the track at a show and see how people respond, if everyone is happy then the track is finished!

Oliver&Tom: Producing music is a way of expressing your feelings

You and D-Nox recently joined forces in an absolute classic ‘’Dualidad’’ for Plattenbank label, which includes edit of Guy Mantzur. Tell us about that production process behind and how it began to take shape? Do you plan more frequent collaborations in the future?

Yes, I’d love to! This was my first collaboration and it was a pleasure to be able to work with an artist such as D-Nox. He was one of the first DJs and producers that I listened to when I started in the world of electronic music, so it was a pleasant surprise when he told me that he wants to work with me. He showed me a sketch and we quickly started working on it.

I have to mention remix you did for Tripswitch – Box fresh, which was real bomb for the dance floor when the crowd heard it for the first time and still have that power when DJ plays it. Such an energetic remix. Is there maybe one of yours tracks or some remix that exceeded your expectations?

Well that remix was one of them!

Honestly when you produce a track or remix, you don’t know what is going to happen. I remember when I made “Dreams” I thought it was a very crazy and weird track and that no one else would like it but me, however when I sent it to Hernan Cattaneo he not only wanted to sign it on his label ”Sudbeat” but he also played it in all shows around the world. That’s when I knew that I had to dedicate 100% to electronic music.

Do you maybe think about starting your own label one day?

Yes, one day I would love it, in the future. But now is not the time. I still have a long career to develop as a DJ and producer and I don’t have time to commit to developing a record label.

In three words, what would you say are the most defining characteristics of Emi Galvan productions? Can you give advice, as one of the top producers, to the young artists who are taking first steps in producing?

I like to think that my music is: Fresh, Original and Surprising.

I always try to surprise, I don’t like to make 10 tracks all the same. There are many producers who find a sound they like and repeat it constantly. That bores me, music is experimentation and doing something that you like and have fun, because if you don’t like it, if you don’t have a good time, those who are listening to you are not going to have a good time either.

Thanks for this great conversation, take care and we hope to see you one day in Serbia.

It was a pleasure and I am sure that we will have a great time, thanks for the invitation and for the space provided, see you!