When a person heasr a word FIRST, he thinks of shabby scenes from his life, such as a first kiss, first E in school, first time of getting drunk, first time of driving a car, first sex, first love and even first time they met Zdero, but this review is nothing similar to that, this is a review of a first foreign hosting of Progresivna Suza, a giant with a big heart – Mr. East Caffe!

After more than successful event of Progresivna Suza birthday party, there was an open opportunity for this team to bring East Caffe to a club named Dot, which we accepted right away with no overthinking. A few days before the event, you could feel a light anxiety among the members of the team. And how not to, when there is something so special, something that will always be remembered as first! 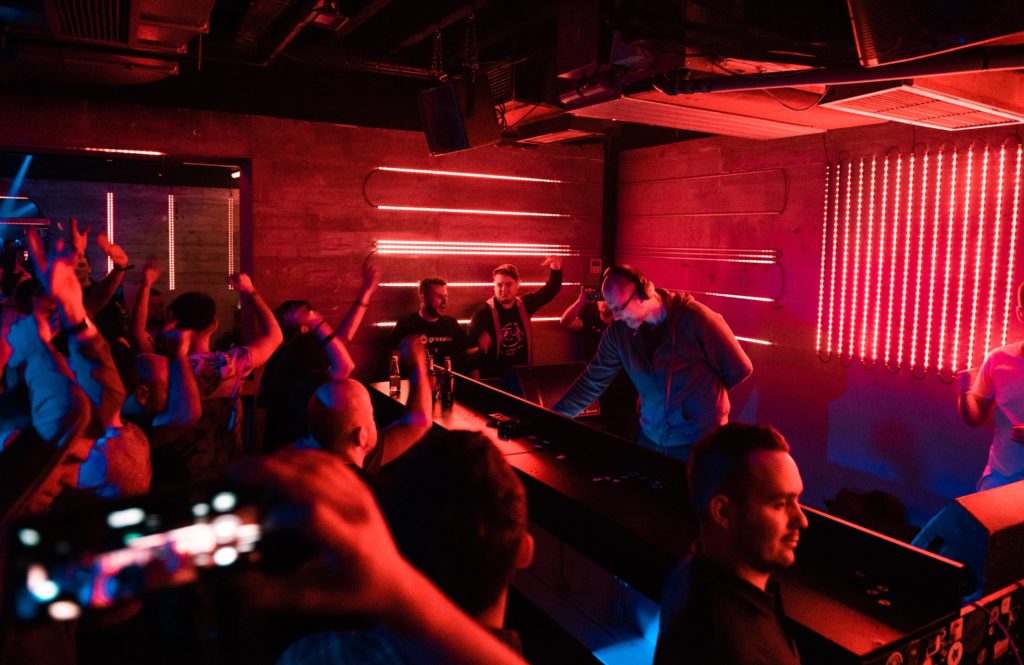 We agreed that the gathering before the event will be at the pub Black Turtle, where everybody could hang out nicely, drink a little, and say hi to people they do not see that often. When our bodies reached certain temperature, together we sat off towards Dot club because, at that time, fan favorite Lukai, already started his warm up set. There is no need to tell a lot about his selection of tracks, because he shoots us all in hearts, the same way Cupid does each year during the Valentine’s day, and he made us all ready for the thing that was about to happen.

Around 2am East Caffe came behind the DJ desk. Dot was full and the party could start. Wherever I could turn and whoever I could approach, I would meet a smile and a certain approval. Sometimes a person should not tell a word to describe his state, here and now, among people, it is enough to look him in the eye and realize how he feels at the moment and what he is going through. I couldn’t describe his choice of tracks or his set… as a matter of fact, even if he played Beethoven at that moment, we wouldn’t notice, but only continue to dance. How much emotions there was on the dance floor! After each party there is a story about the track that made it so special, and this time, it was definitely the banger of a year – Tripswitch – Box Fresh (Emi Galvan Remix). As soon as I could smell it, I started feeling the heat inside of me, a trance, an excitement, and I wanted to share those moments with everybody else. Just because of that feeling and that moment, all sacrifices become worthy, and I would repeat it again, and agin, and again (Groundhog Day?!).

After East Caffe, we had a feeling that he took us on a drive behind our own limits, but then there was one mister from Sabac – Igor D. That guy seems to have a sixth sense for audience, and he prepared us a closure so great, that people had to push us out from the club! The crowd was perfect, staff from the club was very kind and receptive, and DJs were on really high level.

What can I say for the end but – see you in Barutana!