Lucas Rossi, dj and producer born in the city of Cordoba on May 7, 1988. His interest in electronic music was born around the year 2000 listening to house and trance and then evolve into the genre that now characterizes it is the progressive house, listening to its main referents as Hernan Cattaneo, Nick Warren, Sasha, John Digweed, among others.

Today he is one of the dj’s and ascendant producers of the genre in the city since the beginning of his career in 2011 where he has had the possibility of taking his music to cities such as: Buenos Aires, Rosario, La Rioja, Corrientes, Rio Negro , Tucumán, Santiago del Estero, Puerto Iguazú, Mendoza, San Juan, Villa Mercedes, Rio Cuarto, among others.

His music has been released on labels such as Black Hole Recordings in the legendary compilation “In Search Of Sunrise”, The Soundgarden, Dreamers, Lowbit, Particles, Soundteller, just to name a few.

He is currently part of Fernando Ferreyra’s label Dreamers as Label Manager and his work as a producer continues to grow with the support of renowned artists such as Fernando, Hernan Cattaneo, Nick Warren, Eelke Kleijn, among others.

Lucas also has a radio show called “Different Minds” on the third Wednesday of each month 10 am (Argentina) on Frisky Radio.

Hi Lucas, thank you for taking the time to chat with us for Progresivna Suza.

– Hi guys, many thanks for the invitation, I appreciate.

How are you and how do you deal with the current Covid-19 situation, which has affected the whole world? When we talk about music industry, there are unprecedented challenges  that industry has faced.

– Yes, we are all in a very delicate moment in all aspects. In my particular case, luckily I am fine, I think that health is the most important aspect since without that you could not do the rest of things in your life, if you do not have health you are very conditioned, I have followed isolation to the letter and the imposed social distance and that has meant that today he can enjoy good health. In the economic aspect if it has touched me a lot (like all my colleagues and friends) since here in Argentina I cannot appear anywhere and the truth is that I do not know how long it will continue but I have faith that at some point we will all succeed .

What are your thoughts on live streaming as a new way to monetize a DJ career? Do you think it will last until things get back to normal?

– I think it is a good way not only to stay current but also to open the possibility for people to help the artist, there are many DJs (I include myself) who live or who try to live only from music and in the social context for which we are going through it is very difficult to stay afloat and the fact that the chance to monetize live broadcasts seems to me a good way to help artists. Anyway I think that should be optional, not a condition to be able to see or listen to the dj that you like. 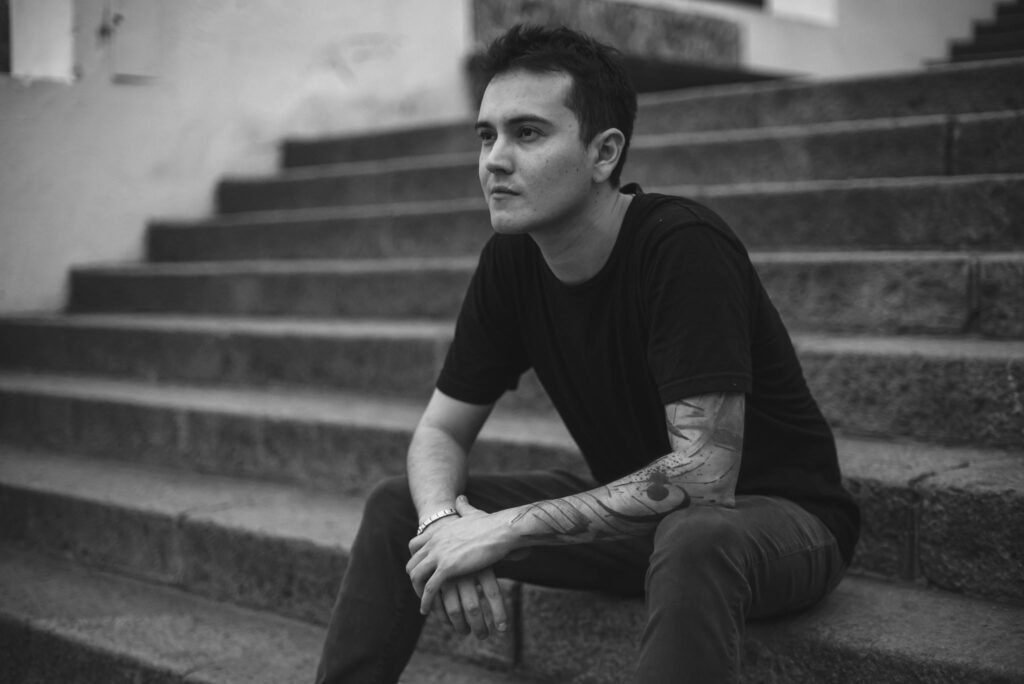 Now we’re going back a little bit to the beginning of your career. What are your first memories of electronic music and what inspired you to become a music producer?

– The first time I listened to electronic music was in the year 98, I was 11 years old, I did not have internet or many tools to get closer to that world with the age that I was so I listened to a program on the radio that was broadcast at more than 80 km from where I lived and I remember that sometimes the signal was bad so I couldn’t always, what’s more, I didn’t even know what that music was called, I just knew that I liked it. I lived in an area where electronic music was not and is not popular today so over the years, my obvious growth from childhood, friendships and other factors of everyday life made me move away from that type of music but sometimes I remembered and tried to find a way to get closer again, I even remember that I had a CD recorded for me but I had no idea of ​​names of djs or producers I did not even know what all that meant, the only thing I knew was that I liked the music and I wanted a cd so I could listen to it at home.

Between 2003 and 2005, in adolescence, I began to have more chances to seek more information and begin to know names, styles of music and from then on I was a little more connected, however my environment did not like that music so the only moment of being able to enjoy it was being alone in my house and playing cds that I had recorded with some sets of Creamfields, tracks by Deadmau5, Pryda among others. Then several years later (2007) I moved to a bigger city and there I began to have direct contact with local djs, attend clubs and make friends with local people and the fact of having seen many djs playing, generating sensations in people and making them have fun led me to want to become a DJ first and then a year later to start making my own music, trying to achieve originality and I also wanted to have the possibility that my references would play the music I had created, I wanted to know what it felt and luckily I did.

How difficult was learning to produce for you in the beginning?

-It was very difficult but fun at the same time, I always learned on my own, I have taken very few classes on the basics of musical production but 80% of what I learned it alone, I am not saying that I am a scholar on the subject, I know I still have a lot to discover but I am always trying to learn more to continue impro

Before the current situation, you had a lot of performances. Tell us, how does having a regular gigs help you with production ideas when you’re back in the studio?

-By dedicating myself only to music, I had a lot of time during the week to be able to insert new ideas to an original track or a remix, of course I had to divide my time in other activities related to music and others not, but in general I had the possibility to tell. with something valuable like time.

What has been one of your most memorable DJ sets that you have performed and why? Could you tell us briefly about one of the sets like that, or maybe gig.

-Well, I don’t have one in particular, I have done warm ups and mains that have been very good to my liking because everything was happening in a very natural way in terms of music and crew, they are those nights where you are totally concentrated and Everything goes as you imagined it and everyone returned home happy.

You have your own ‘’Different Minds’’ Radio Show on the third Wednesday of each month on Frisky Radio, and it’s always enjoyment when we listen to your mixes, with a great selection of tracks, of course! How do you remain inspired when creating these journeys?

-I always start programming the sets a week before, I listen to all the music that comes to me and I put together the track list little by little to try that the whole mix has a balance, I try to create a story with their respective changes, that is smooth to the beginning and gradually raising the intensity of the atmosphere to finish in the same way that I start, relaxed.

You’ve already signed on some awesome labels. Do you maybe want to build your own label someday?

Do you think that the music industry is doing enough to empower women, and who are some female talents we should pay attention?

– I think that in recent years more female djs have started to be seen on stage and I think it’s great that the promoters give them the chance to show what they can do behind the decks and I hope that more of them are encouraged to move towards the theme of musical production. There are very interesting artists to follow like Paula Os, Sara Chilanti or Amber Long who have the added bonus of being great vocalists.

What’s next for Lucas Rossi in terms of musical production?

– I have some remixes for this year including one for Peter Makto and trying to close out some ideas on some originals.

In the name of community Progresivna Suza, once again, thank you for this conversation. We hope that we’ll have chance to listen to you in Serbia as soon as this situation normalizes.

Many thanks to you guys, it was a pleasure and hope we can meet you one day, stay safe.