For the 5th year in a row, we’ve been getting an early Christmas present that became a traditional marathon set with Hernan Cattaneo & Guy J at STEREO Montreal. Every single year, they have been playing a longer set and all of them were unique in their own way. Hernan & Guy J progressed from 10 hours the first year to 15 hours on the second one. They had an incredible 20-hour run for the third edition. Finally, the duo topped it out to 21 hours last year and finally exceeded all exceptions to a ground-breaking 24-hour marathon this past Sunday. The chemistry between them keep getting tighter every reunion to reach a point of symbiosis and absolute complimentary with this year showcase.

Once again, I had the chance to see Hernan Cattaneo earlier this year at Burning Man. We had the opportunity to chat after his mind-blowing set out there in the desert and he was already proclaiming that this year, they were going   for a fable 24-hour marathon at STEREO. I could see and sense such a high level of excitement in his eyes when he was mentioning STEREO. Coincidentally STEREO was where he was heading next, a few days after Burning Man. He was jokingly telling us that if all the Stereoheads where joining him out there in Black Rock City, then there wouldn’t ben anyone left attending back home at STEREO. Of course, this didn’t actually happen as Montreal’s love for the Maestro is unbreakable and he ended up playing to a soldout show during the labor day weekend. 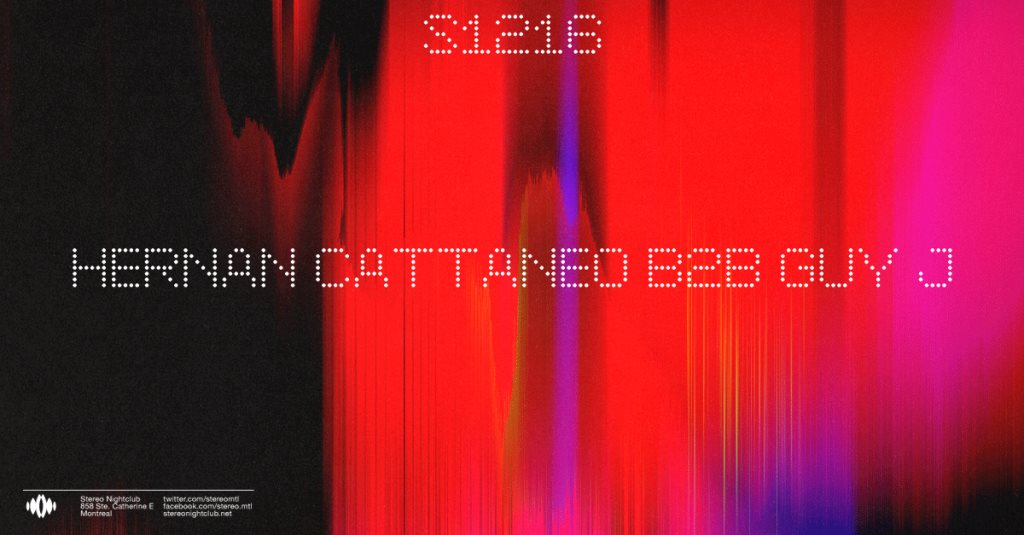 It’s safe to say that December 14th 2019 has been on my radar and circled on my calendar for a some time. As experience dictates, not facing the typical 8-12 journey us Stereoheads have grown accustomed to, a different type of preparation was required. As Hernan Cattaneo & Guy J have the brown Elvis, also known as Dr. Kaz, on the survival support duty, we have been renting a hotel room in front of STEREO for the 3rd year in a row. That was a place where we could stock up some food, drinks and a place to rest up every few hours during the marathon.

I have to say that this hotel room was life saving and totally a game changer. You have to understand that 24 hours is a very, very long time and you need to stay hydrated, to eat enough and to rest a bit to make it until the end and enjoy your experience. Also, I think that most of us have never experienced a 24-hour marathon set in the past, which we make us need to adjust ourselves to what we expect in term of music. We cannot expect the music to be on a very high note and pace all night long. It would burn the crowd way too fast to make it impossible for them to stay until the very end.

That’s exactly what happened ; the first hours of the night were very low tempo, melodic and groovy. It was an introduction to the journey they wanted to take us on. The club wasn’t that crowded during the first portion of the night; a lot of us decided to sleep before getting there to be fully rested for the remaining hours of the marathon. For those that were present, the dancefloor was all ours to enjoy and dance with all that room available.

Funny fact: Hernan & Guy J made some requests in term of food to have during their marathon and hummus was part of them.

So, I was asked by the owner of STEREO to make my fabulous homemade hummus for them. When I finally entered the booth with that big bowl of hummus and a bunch of pita bread, I could see their faces instantly light up with the biggest smile. They both loved the hummus and took the time to hug it out with me, take few photos and Hernan Cattaneo even signed the photo I had with him at Burning Man.

I came back to the booth few hours later during the afternoon and the bowl was already almost done. I guessed they really meant it when they said they loved it ! That was such a special moment which raised my experience of the night to a greater level and made my heart go soft with happiness. I mean, bringing hummus to STEREO for the DJs to eat during their set! I still can’t believe it really happened. 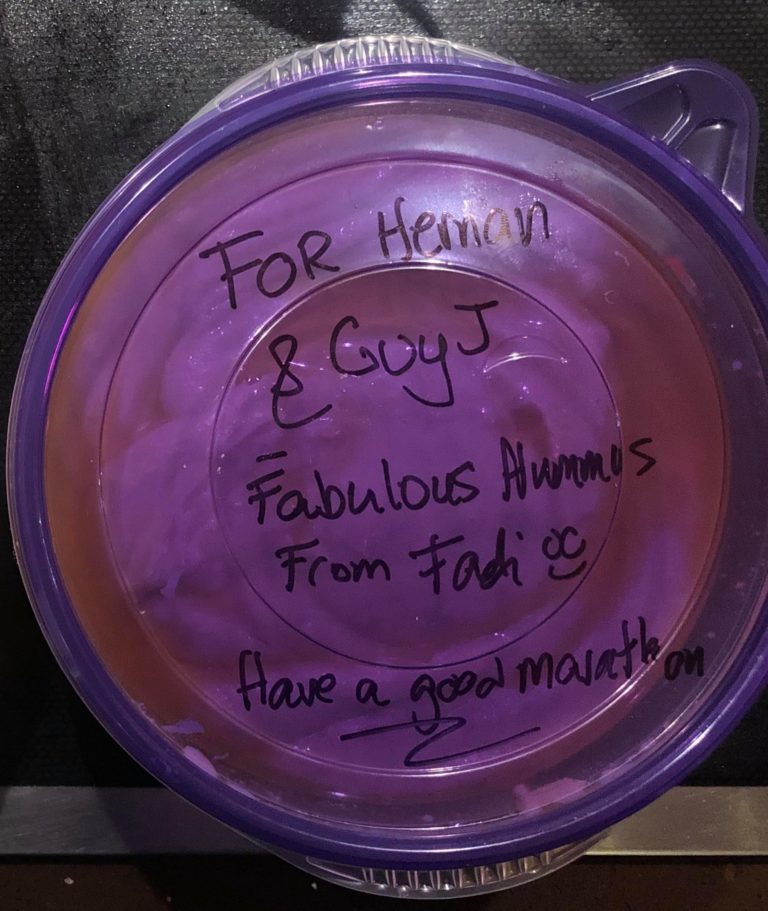 Around 7-8AM, the tempo of the music changed as we could definitely see that they were picking up and taking the level of energy higher. The bangers were starting to drop and the crowd was cheering for more. The club was also getting more and more crowded as the hours went on. On a normal night, STEREO would filter out and get less crowded around 7-8AM. But, it was the total opposite for that marathon journey.

Friends and people were arriving all time of the day ; I even had friends that came as late at 10PM for a quick dance session. The fact that the crowd kept renewing itself created such a wonderful and joyful vibe. Everyone was there for the music and bringing their good vibe and energy to the dancefloor. I have to admit that I was really surprised to see the club getting even more packed and filled during the last hours of the set. It’s a clear sign that everyone was enjoying the music and the journey and were there to stay until the very last track.

Also, we cannot ignore how incredible the light show and visuals during that night were. They created some visual experience on the most intense level and greatness I’ve witnessed so far at STEREO. I really never saw something as beautiful and gracious at STEREO. You even had professional dancers performing on every speaker during a few hours in the first half of the marathon. The projections and lasers put you in a trance state so easily. A sensational addition to the incredible music that was playing at that time.

In honestly, the light show was so impressive that it made the experience so much more immersive and unique. I’m such a fan of those type of visuals and projections, compared to a sober a dark night. It perfectly fitted with the vibe that was going on with the progressive music and all the melodies that were played. 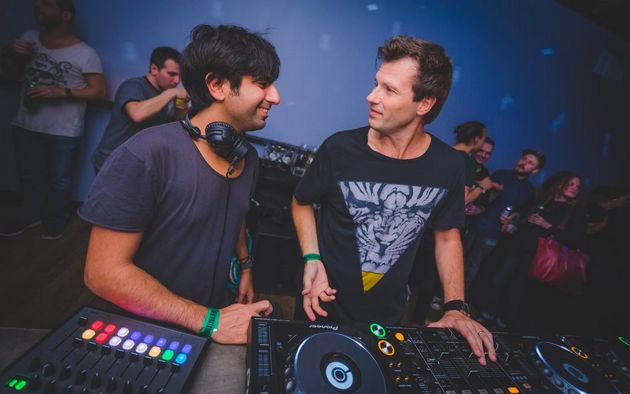 Throughout the marathon, you could easily notice the contrast between the music that was played by Hernan Cattaneo and Guy J. Guy J is an absolute master of melodic and groovy tracks. You could feel every emotion that was transcended and passed on with his music. I’m such a big fan of progressive music and his kind of music is a bliss to my ears. It’s also an occasion to take it all in and feel what you are living at this moment. Hernan Cattaneo on the other hand kept throwing us absolute bangers, while keeping its touch of progressive magic.

You had to take this in consideration to fully enjoy what was played in front of you and grasp the direction that those two masters were taking us too. Again, were are talking about a 24-hour marathon ; the rules aren’t the same as in a regular night. By looking at the reaction of the crowd and the amount of people that kept growing as the night went on, it’s safe to say they did an incredible job in keeping the perfect pace of music depending on the moment of the marathon.

A turning point during the marathon happened around 8PM when they unleashed the most intense and nastiest bangers ever. The last 6 hours were absolute filth and I was loving it. I felt it was a reward they were giving us for all those that stayed until that time of the day. I was mesmerized to still see friends still arriving at that time of the day. Man, those type of day parties are so great ; I felt energized every time I saw a new friend walking in and bringing its fresh energy to the dancefloor. I gave it all and danced like there was no tomorrow during those last hours. Everyone surrounding me had such smiles and happiness in their faces. What a great time to be there!

We are so lucky to get to experience events like that. It’s not everyday that Hernan Cattaneo & Guy J will join forces to play a 24-hour marathon. It just shows how much love and respect they have for STEREO and its crowd. The love affair is mutual and will keep on going as long as they keep this marathon tradition alive. During those 24 hours, we experienced so much different type of music and feelings. Mostly progressive of course, but also more techy, tribal, and some trancy moments towards the end. What a moment when they dropped the Eelke Kleijn remix Armin van Buuren – Blue Fear. There was definitely some parts for everyone out there. The pair showed us their incredible talent and ability to perfectly mix different type of music and genres in this journey they created.

In the end, after an impressive 24-hour set, the last track was dropped at 2AM on Monday morning. The dancefloor was still full and people were cheering and giving so much love to Hernan Cattaneo & Guy J. Those two just wrote down a mark in STEREO’s history with this marathon set. This event keeps on being my favorite time of the year. I hope we get to live such an experience again for many more years to come. I have to raise my hat and thank from the bottom of my heart those two legends that are Hernan Cattaneo & Guy J, the STEREO staff that kept a smile and a good vibe during all those 24 hours and most importantly the crowd that made the vibe and all this so enjoyable. 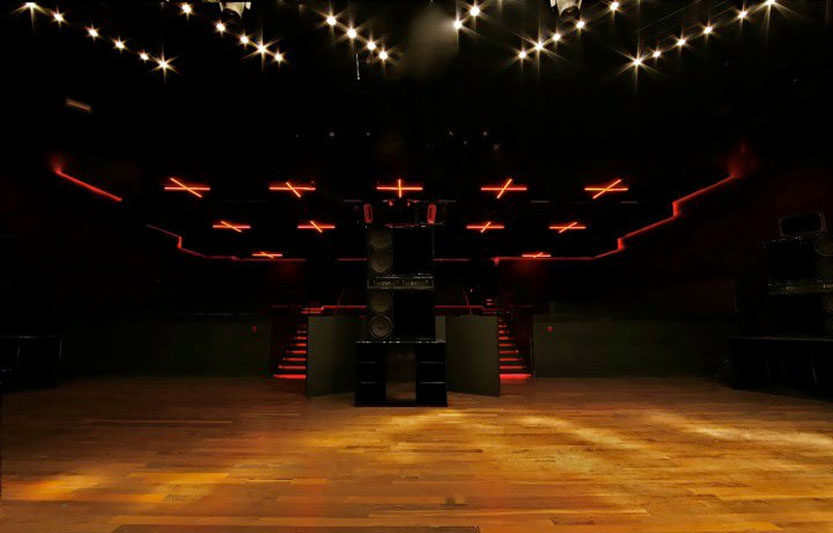 I’m so happy to say I’ve been part of such a memorable event. I’ve created a closer bound with Hernan Cattaneo with all the interactions that I had with him during the night. Also, to give even more credit to Hernan Cattaneo, he had a cold prior to the marathon. So, he successfully made it through the whole night without most of you probably noticing. We got him at the pharmacy everything needed to make it easier for him to play for such a marathon. Seriously, what a trooper he is ; his love for our club and music is beyond exceptional.

Once again, THANK YOU from the bottom of my heart! You guys are the reason I keep going to STEREO and enjoy every moment I get to live out there. Keep on dancing my friends and see you very soon.