From his early childhood in Podgorica, Montenegro, Ognjen was fascinated by music. He enjoyed its energy and beauty and it was that which made him decide to follow a career in electronic music. He quickly realised that he had to absorb as many different genres of music as possible and became obsessed with bands like Pink Floyd, David Bovie, Joy Division, The Doors, The Cure, Phil Collins, Sting, Simply Red, Depeche Mode, Stone Roses, Pet Shop Boys, Kraftwerk, Vangelis, Jean Mishel Jarre, Mike Oldfield to name a few.

By the beginning of the 90s, as grunge rock took over as the popular contemporary sound, AudioStorm turned his attention towards the pioneering electronic bands of the burgeoning underground dance scene and in particular the music that was coming from Goa, India. Psy Trance as it became known was for AudioStorm a diverse, forward thinking, adventurous mix of eastern and western cultures and new and older sounds. It was listening to this music which inspired him to begin to explore more progressive sounds of DJs Hernan Cattaneo, Nick Warren, Circulation, Deep Dish, Silicone Soul, Darren Emerson, John Digweed, Sasha, Pete Tong, Danny Howels, Satoshie Thomy, Sander Kleinenberg, Dave Seaman, Swen Wath, Swayzak, The Timewriter, Terry Lee Brown Jr, Terry Francis, Anthony Pappa and many other artists.

As his interest in electronic music crew, AudioStorm began to write his own tracks which are supported by many of his childhood heroes and contemporaries. He now has releases on multiple labels from mighty Particles and now legendary System and Baroque through to Balkan Connection, Mystique Music and Polytechnic, among many others. He also has a diverse range of releases from Progressive House and Techno to Chill-Out and Indie Dance. This clearly indicates a talented producer who does not let genre boundaries cloud his musical vision!

Hello Ognjen. Thank you so much for taking time for this conversation. How do you look on the situation that has happened to us in the past few months?

How could we look at the situation that made the planet a prison full of mistrust, fear and uncertainty. Natural or not, this virus is a global problem. I don’t think anything will be the same after him anymore. Patterns and norms of behavior have changed, but for the worse. Honestly, I don’t have an optimistic view of the future, to be honest.

Could you give us a brief overview of your beginnings in electronic music?

Well that would be a very long answer, maybe I should write a special text?

In 2010 you started releasing music, and so far your tracks have been released for several well-known labels such as: Balkan Connection, Particles, Mystique Music, etc. Which of your tracks has made the biggest success so far?

Well I would have to be subjective on this question, let the audience answer that. In my personal opinion, the closest to my heart and most likely the track that made the biggest success is definitely “Karma”. She was played by Hernan, Nick, Guy J, Max Graham, Daren Epsilon, Marcelo Vasami, and many others for months. However, for me personally, the big favorites are “Inner Eye” (which is perhaps the best track I’ve made) which was also played by Digweed, Cattaneo and Warren, and right behind them is “Old Caffe” which came out on Sudbeat’s a compilation mixed by Loniya and Grazziano Raffa.

In one of your interviews you mentioned that some of your tracks ended up in German and British documentaries. Can you tell us how it came about and which documentaries are in question?

Yes, that’s one beautiful thing that happened to me in 2015 when my composition came out in a slightly different style, some downtempo called “Big Picture”. She ended up in a British documentary that dealt with the importance of preserving green spaces. The second tape is ‘‘ Breakpoint ’’ which ended up in a short film by a German author but unfortunately everything of that has disappeared (I forgot the names of the films) in the files I lost last year in a hacker incident. It is also worth mentioning that my tape “The Renaissance sound of Podgorica” ​​will be a musical segment in the Montenegrin feature movie about the life of a Podgorica man and his girlfriend, my friend Mladen Ivanović.

You have performed with many stars of the electronic music scene such as: Hernan Cattaneo, Guy J, Nick Muir, Darin Epsilon and many others. Is there any performance that you would single out as one of the most important for you and your career?

There are more of them and I would single out 3: EXIT Dance Arena, DEPO Belgrade Warehouse with Hernan and last year’s performance with Nick Warren at the beautiful location of the big beach. Also, especially emotional and dear, the performance at Kalemegdan within the organization Deviant Deep Sound and the closing of a beautiful night with Migazza, Epsilon and Muir. 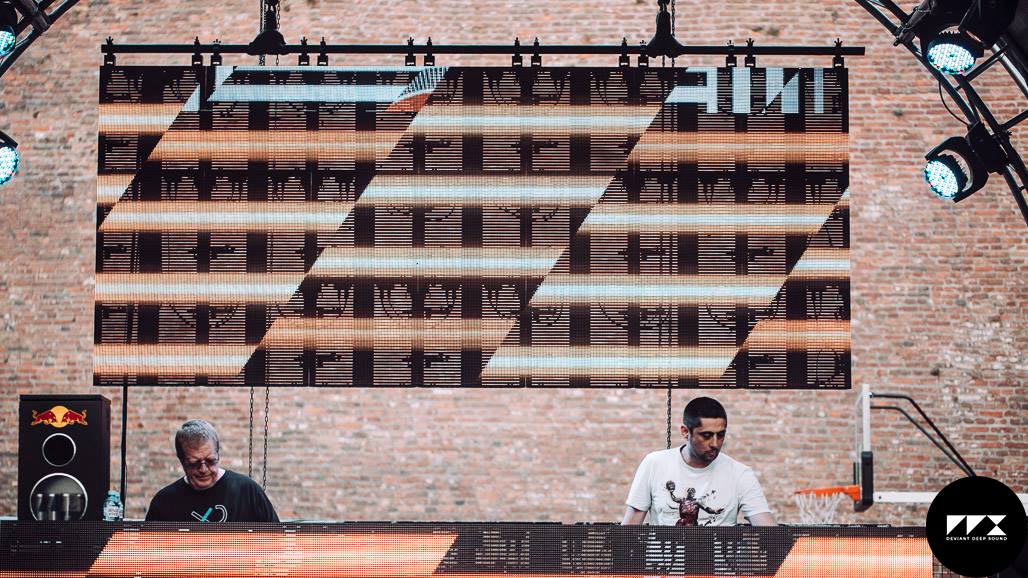 Last year you released your 200th career release, an EP called ‘‘ The Resurrection. ’’ What did that moment look like for you when you found out about it?

Everything turned out totally spontaneous, that’s how I found out that the Resurrection is actually my jubilee 200th edition! I am very proud of that fact, because there are extremely good releases, on big labels and they are supported by big world names. It is just a reward for my work on one emotional side, but also a responsibility to continue to work even better!

In your field, you are certainly aware of the changes in music trends in the last ten years. How do you see the current scene today, unlike a decade ago?

Trends are a matter of creating policy from the highest instances. So, it is beyond the reach of not only the ordinary listener/consumer, but also other human factors in this giant circle of entertainment that brings huge profits. However, we are lucky, at least for those of us who especially like progressive, that the two main pillars of the whole movement did not change that main course (which is a regular case in other genres) and maintained it to the joy of all true lovers. We can be grateful to them for that and wish them to last a long time.

Can you tell us the three main problems of today’s music scene?

How is your opinion of the Progresivna Suza community?

Very positive of course. One group of true lovers of this music, without the last intentions, each with their own story, unusual and interesting how this great love for this music came about. Well, I am like that, I’m glad that I participated in the creation of that small commune that is growing every day. I have only one message for all members – a little more support for local artists, whom we really have and who deserve support from the local audience because they work with dedication, quality and love.

Three keywords that describe your work?

What can we expect from you in the coming period? Are you maybe working on a new music project?

In the last two months, I simply did not have inspiration due to some events, and I hope that at the beginning of autumn, as every year, I will get some new creative energy. Although, I have a dozen editions coming out by the end of the year so keep you informed.

Thanks once again on this conversation in the name of Progresivna Suza community.