The Jelly For The Babies project, which originated in 2007, is based mostly on deep, melodic and melancholic sounds with lots of vocals mixed with various genres of electronic music. Apart  from producing and playing music, Marijan Raskovic  also runs three labels, which are distributed by Proton Radio; to fans they are known as One Of A Kind, The Purr Music and RYNTH.

The list of artists who support the work of Jelly For The Babies, as well as his record label, is growing day by day, and the list consists of names such as Mendo, H.O.S.H., Hernan Cattaneo, John Digweed, Atish, Nick Warren, Eelke Kleijn, Way Out West, Mark Knight, Oliver Schories, Darin Epsilon. 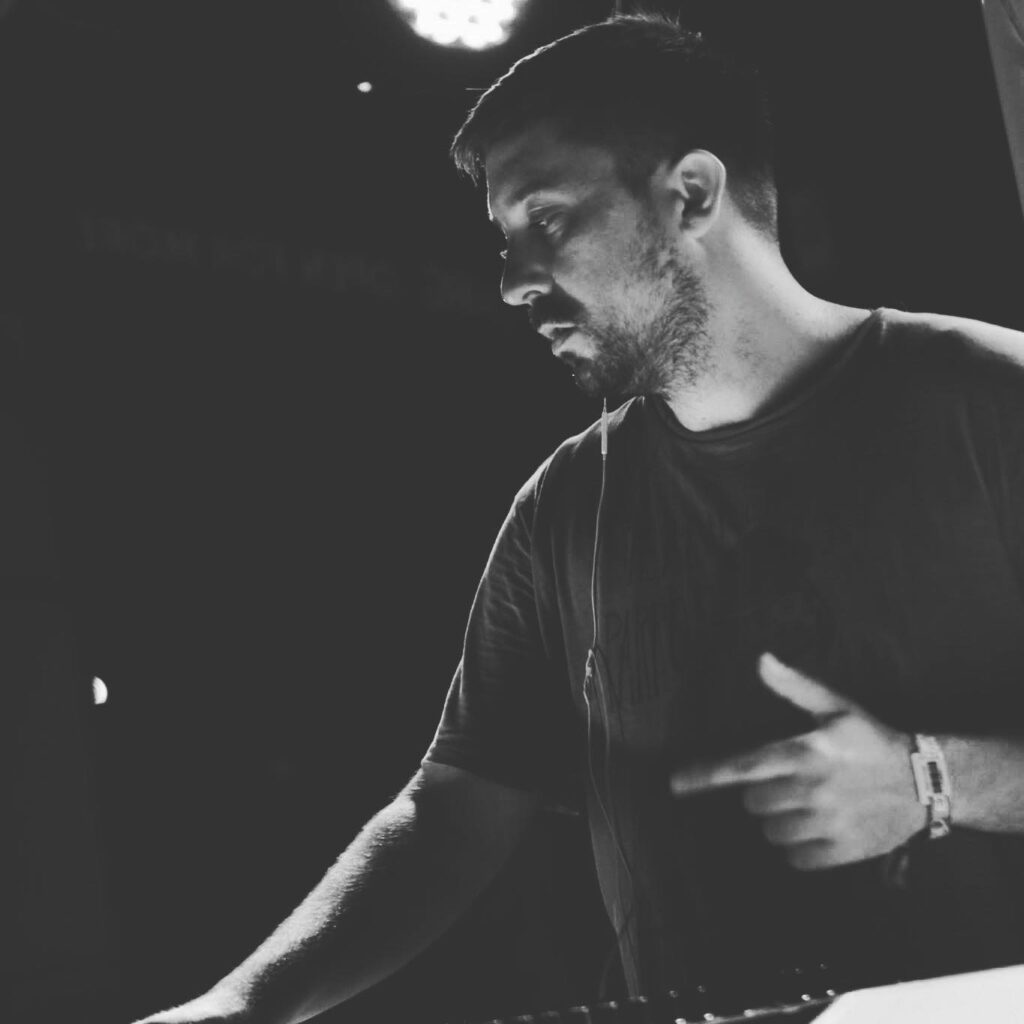 Let’s go back a bit, for those people who don’t know, and start by telling us briefly how your interest in DJing came about, when did you have your first professional performance and why Jelly For The Babies…?

There really isn’t any special story behind that name. It was simply complicated to be Marijan Raskovic, because foreigners would break their tongues to say that, so it was the first thing that came to my mind. Anyone who followed my work back in 2004 knows that my first name was Silverrush, then ActiveOut , after that Digital Silence, and in the end the name Jelly For The Babies remained.

Maybe Jelly wouldn’t have remained either, but I remembered that Pete Tong had a show a long time ago that was dedicated to performers who wouldn’t get much attention but who had good music. So in one show, if I remember correctly, he presented a track by a guy who was releasing  for Kernel Records at that time, a publishing house where I assisted my colleague Dražen Zimonjić, and then he saw the name ‘Jelly For The Babies’ and said that it was a very interesting name. Shortly afterwards, one of my tracks, more precisely “One Step Closer”, ended up on Mark Knight’s radio show “Toolroom Knights” and there you have it… That name has remained to this day.

My first performances started when I was around 18, so that was in 2004, but my first  tip-top performance, which had full equipment, paid trip and a  big club, happened when I got invited to Negotinska Arena by my friends Alex and Branko, who were performing under the name  The Vibe DJ’s at that time. I think it happened somewhere around 2009. I didn’t focus much on DJing, I was only interested in sound production and design.

What is your opinion on the situation that has befallen us over the past few months, in fact how much has it all affected the music scene, and how did your period go during the state of emergency?

What can I say. It’s certainly something that shouldn’t have happened, but taking human stupidity, negligence and selfishness into consideration, I am not surprised. The fault for the vast majority of things that happened to us, is ours. But there’s certainly no point discussing about it. If we were to believe the news, than this virus was created in such a way, out of human stupidity.

I work and live in Novi Sad, but ever since the virus started, I have returned to Arandjelovac, where I do my job by using remote services. And there it is, Arandjelovac, a beautiful small town with polluted streams in which you can find all kinds of garbage, mattresses, diapers, corpses of cats, dogs, foxes… And how can you raise people’s awareness now? What would you ask a man who behaves in such a way towards the environment in which he lives and in which his child will grow up? I just get annoyed when I start thinking about it. Let’s get back to music…

As for the music scene, yes, everything is  still on standby because, as it is said in public, that quarantine could  happen to us again. Even though, the music scene, parties, festivals and all of that  can be quickly ‘regenerated’, but one can hardly. 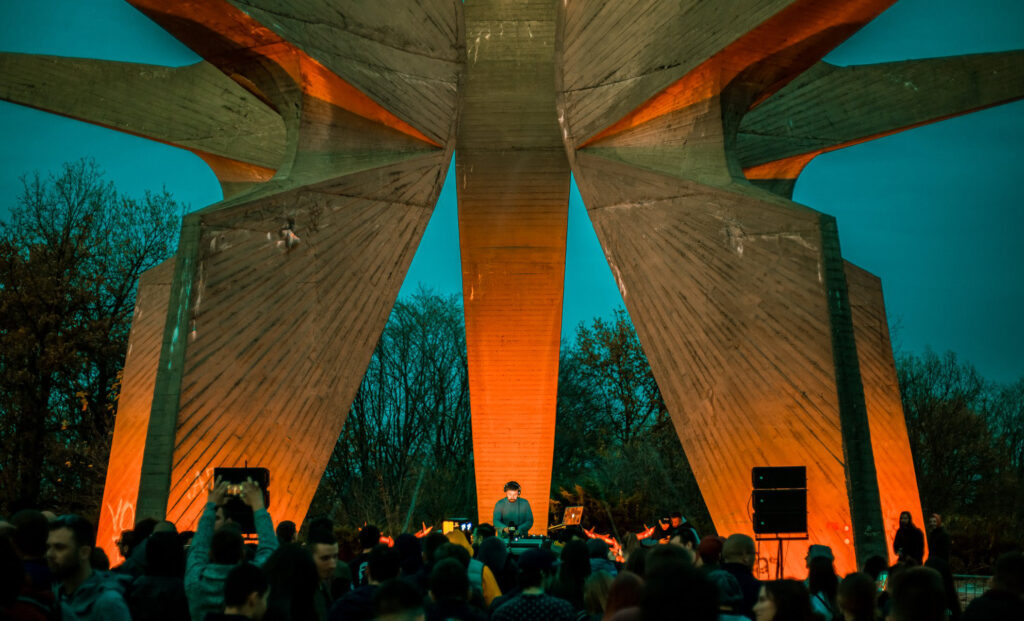 Do you believe that music can affect social reality?

Certainly.  As clichéd as it may sound, music is the cure.

As a label manager, you certainly follow the music of other producers a lot. To who should we pay attention to this year?

There are a lot of names but I will single out some of them. Kasper Koman, RIGOONI, Bross, Eric Lune, Dabeat, OHMZ, George Bloom, Ed Steele, Marat Mode, Kostya Outta…

You run two labels – The Purr and One Of A Kind. What is the difference between them?

I actually run three. The Purr, One Of A Kind and RYNTH. And  it’s very difficult to classify music by genres today, because that line between deep house and progressive house music is very similar, I try to maintain some style on those three labels.

The Purr is slowly turning to organic sounds, admixtures of deep house music and organic sounds. Although, it is very difficult to catch such artists because they have already grown into great ones and most of them  sign for the record labels that invest a great deal of money for them to be where they are.

Even when we ’discover’ someone and that person signs for our record label, if he is valuable and high quality, after two or three editions,  he already goes further. It is very difficult, from this position in which we are, to match the publishing houses from Britain, America and Australia. Those publishing houses can afford large sums of money on a monthly basis for promotions, masterings and everything else that brings the promotion  on a much higher level. Then again, we are notable and I can say with certainty that The Purr is one of the best deep house labels from these areas.

One Of A Kind is more focused on progressive, deep progressive and melodic tracks in general, in that opus of genres. Sometimes we make certain exceptions, and we release deep house but also indie. It is important that it is of good quality.

Since I’m personally a big fan of that real good old deep house sound, that inspired me to come up with an idea to start a third record label, RYNTH. However, you can find exceptions there as well. There is  an old-school deep house sound with  this today’s  popular “ornate” one.

For you personally, which one of your tapes has made the biggest success so far?

How important is music education for professional music?

Well, it really depends. I think that everyone should have at least some prior knowledge, but then again, that won’t be useful either  if you don’t have an idea. We have a lot of top self-taught musicians. As a child, I went to music school in Arandjelovac, I was in department for piano and accordion. There I got the opportunity to learn notes and chords, and I believe that made  my job in production  way easier.  For example, when I have a burst of inspiration, it’s easier for me to transfer that idea to computer , unlike someone who doesn’t know the notes. But then again, today we have programs in which you can click a random button and you will get a melody that has already been played. Nowadays, programs do 50% of the work and they make production easier. Hence so many producers…  And hence so much similar music. Creativity is declining, quality is declining and quantity is rising.

In 2017, you played b2b at the ADE  festival with Kasper Koman. How did that performance go, what was the organization of the festival, the audience?

Yes, at the same time it was the official ADE event of my record label One Of A Kind. Casper is a really nice guy, modest and a great connoisseur. In that set in which we were sharing the counter, Casper played exclusively his songs, which were unreleased at that time. I was satisfied with the set, the organization of ADE was fantastic, the audience was great, but unfortunately there were not many of them. You know, during those 4-5 days as long as it lasts, there are up to 400 parties located in different places, bars, clubs, boats in just one day. As a result of that, it often happens that it is not overcrowded at the far more famous events. Personally, I am extremely  satisfied because ADE is more than a party, and sociality, friendship , exchange of experiences and and of course, support is something we all artists need. 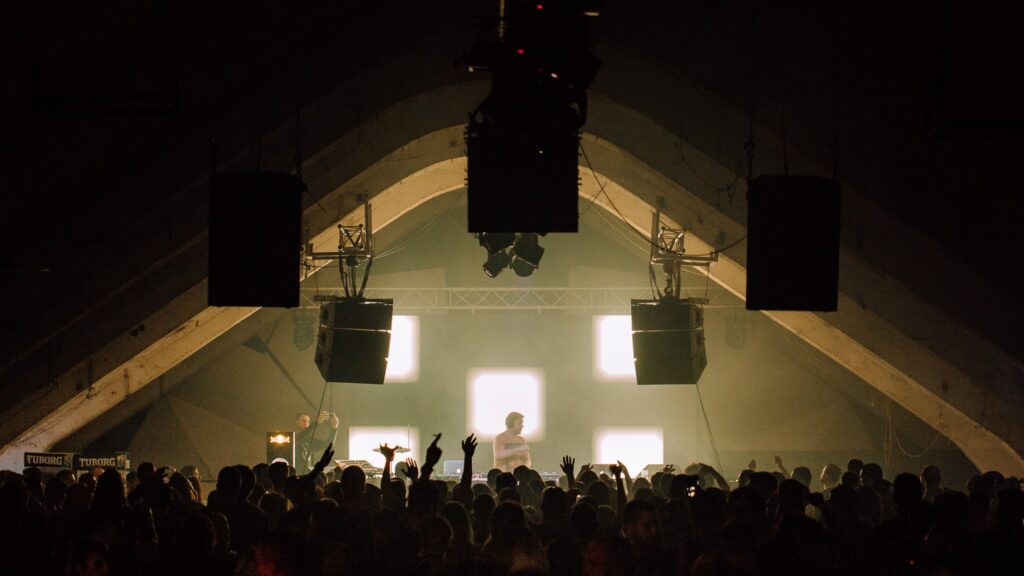 Do you have any interesting experiences or anecdotes from parties, festivals you have worked on, and which you could share with us? Or would you single out a certain performance that is very special and significant for you?

Ugh, there are a lot of them… Let’s do something short. I was performing at the Imperia in Novi Sad and one girl got so frustrated because I didn’t have Faithless, so she spilled water on mixers and players. After that we escorted her out. My best performances were in Amsterdam at the Recycle Lounge Gallery Club where I worked with my friends Buddy Suwijn and Brandstettner. I cannot describe in words how beautiful that experience was. I was over the moon while performing with those people in that club and in front of that audience.

Can you describe Progresivna Suza in few words?

I think I have already said it in that small book. Let’s put it like this now: ‘an apolitical  group of positive people that are true fans of a good sound.’

What can we expect in the upcoming period, maybe some new music projects?

There’s a lot of music, really. I did all of that even before this state of emergency, and now we are waiting for new releases. I won’t enumerate now… All in all, there will be a lot of good music and a lot of interesting collaborations.

Lastly, what are your top 4 tracks currently?