Jakubovic’s first interests in electronic music started at the beginning of the 2000 when he bought his first CD by a British band The Prodigy “Music For Jilted Generation”. Back then, still at high school, he started showing interest in new bands, DJs, producers of different music genres, but all connected to this particular style he liked. He started listening to bands such as Depeche Mode, Massive Attack, Tool, Moby, Radiohead, Red Hot Chili Peppers and a pioneer of Bosnian electronic scene Adi Lukovac.

Growing up in a small town in which there were no interests and popularity in electronic music, he managed to grow strong feelings towards this particular music genre and his love is still there. Jakubovic’s first DJ experiences started in 2009 as a member of a local boy band in his town, and the following year brought him participation in two smaller festival events in Lukavac and Gracanica.

As a producer he is very sought after amongst the domestic and international publishing houses, and his name can frequently be found in the Top 100 publications on Beatport and other digital stores. One of his careers greatest successes is probably his song “Afraid of Happiness” published as a part of “Initializing V” compilation for Suffused Music in Lithuania, later signed as a soundtrack for ‘’Electric Heart’’ movie.

His production is usually described as original since it is a combination of progressive house sounds interwoven with trance elements, almost never missing from his records.The followings are only some of the significant publishers Jakubovic has worked with: DAR Digital, Mistique Music, Carica Records, OLD SQL Recording, Usessions Records, Mystic Carousel Records, 6913 Digital, Balkan Connection and many others.

Hi Adnan, thank you for agreeing to talk with us.

How are you and how do you deal with the current situation?

First of all, let me thank you for inviting me to this interview, it is my great pleasure that you invited me and that I have the opportunity to work with you.
Honestly I miss the parties, I miss the people and the dancefloor. I am currently doing two jobs, then preparing releases for my Big Bells Records label, I also record the Big Bells Podcast for Proton Radio on a monthly basis, then my production, I am also learning something new, especially digital marketing etc. In principle, my day is very full and it is never boring, but I always thought that one of the keys to inspiration for working on music lies in the opportunity to play it, or mixing.

When did you first met progressive sound? What makes this style so special to you in today’s sea of ​​genres?

My first contact with progressive sound was maybe around 2005, I first listened to progressive trance, which I really liked and then I “found” progressive house on the Youtube channel of Sima Deep, these were mostly releases from Mistique Music. Progressive itself is special, though it has changed over the years, from the speed of BPM, to the more frequent use of tribal or oriental sounds. What’s a little sad is that progressive breaks not as popular as it used to be.

What were the main challenges when you started DJ-ing and how have they changed over time?

The biggest challenge was how to achieve the quality of mixing, when you don’t have the opportunity to mix, ie. when you don’t have the opportunity to use the “right equipment”. I remember buying my first BCD 3000 controller by charging insurance money when I fell off my bike :D. Also, the big challenge was to be different and play something that no one else plays, because then you have to try to impose yourself on people and show that you are different, and that your differentness is just as good as what is usual. As time went on, I always tried to show how serious I am and how professional I am in what I do, and then there were people who realized and really appreciated it and who still appreciate it today and that is where a person draws strength and motivation to work. These people are my friends and colleagues from the Stereo Sector, Phobia, also from other parts of the world especially from the Netherlands, Greece, Argentina, Turkey, Slovenia, India, Sri Lanka, Germany etc.

For most artists, originality is first preceded by a phase of learning and, often, imitation of others. What did this look like for you? How would you describe your development as an artist? What is the relationship between copying, learning and your own creativity?

When I started production it was a game and I didn’t know what I wanted. I just worked the way I liked first, and then others. Since I have no music education (otherwise I am a lawyer by profession), it was very difficult to learn everything on my own from the beginning. Commitment and love for what you do are the most crucial things. I later learned that good organization is just as important as these two previous traits. 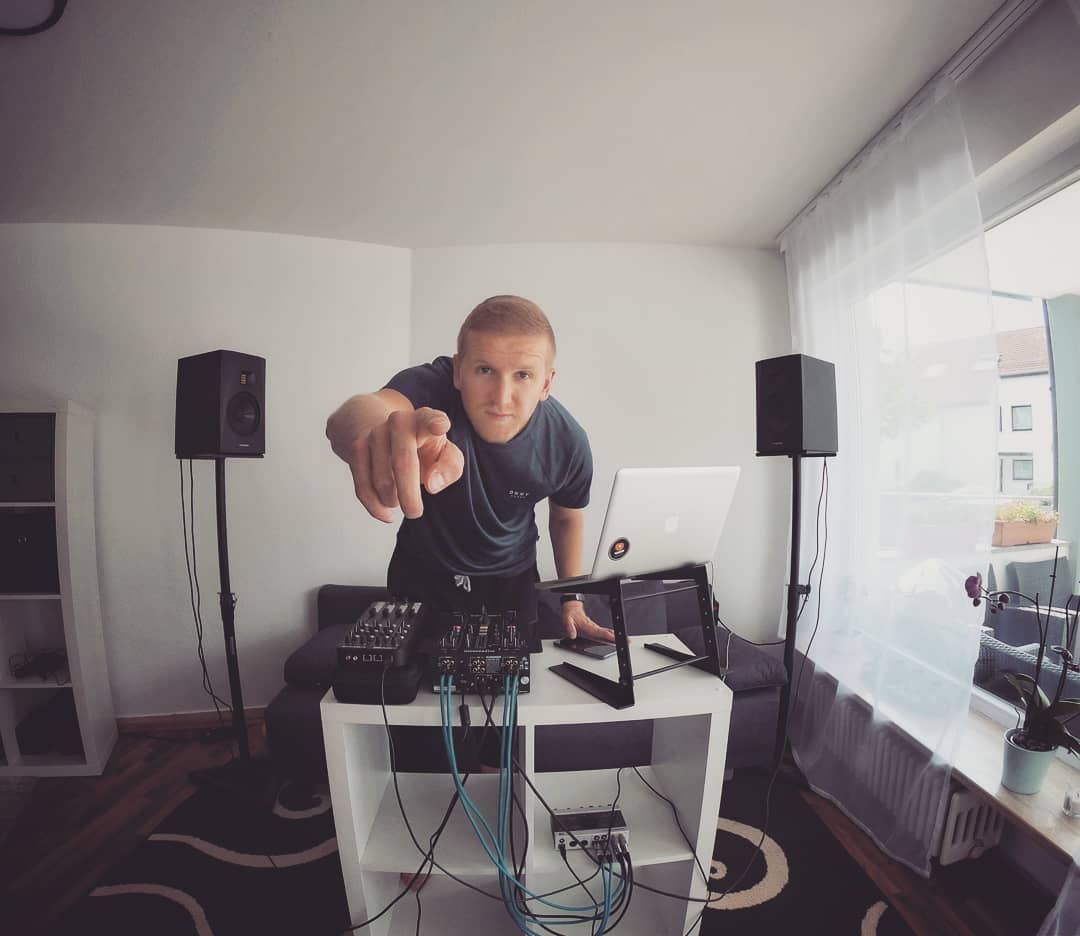 Would you say that you experience DJ-ing as an improvisation, maybe as a composition at the moment? Or as something completely different from these terms?

DJ-ing is always a composition for me, the beginning and the end of the set must be in harmony, the set must develop in strength and energy and then in emotions and melody. I always keep some slightly more emotional stuff for the end, maybe with vocals.

Since you have been on the scene for a long time, you have to be aware of the changes in music trends over the last ten years. Tell us, how do you see the current scene today as opposed to the one a decade ago?

I did my first production in 2010, and the first release in 2011, when I think about it now it was a very, very long time ago, sometimes I’m sad about it, and sometimes I’m happy and proud. Then, when I started, Trance was very popular, thereafter EDM, then Techno and now it’s Melodic Techno. I think the music is generally better now, but if you “look deep”. When I say “look deep” I don’t mean listening to the Beatport Top 100, but a little deeper, find some labels, artists you’ve never heard of before and you’ll see how good the music is.

You have a large number of digital editions behind you. How important are physical releases on the scene you follow today?

Unfortunately, they are not so important, because almost no one buys music to listen to it, but just to have it in the collection. It’s very sad, but it’s true. With the digitization of everything in the world and music has become that, it is simply an evil that cannot be avoided. Still, it is important to still love and listen to music.

How does playing music at home and presenting in a club compare and relate? What can be achieved with them and what do you personally get out of both?

The club is something completely different, at home it can never be the same. That energy and adrenaline coming from the dancefloor is something special. When you play at home for 4 hours it can get boring, but in the club you have no sense of time, it all passes quickly no matter how long you play.

You graduated from law school. Do you think that there is a chance that at some point that profession will prevail and that you might neglect your music career?

I will always make music for myself because that is what fulfills me. As some people go fishing, I stay home to mix. I don’t know what the future holds, I never even dreamed of a superstar career, I would be happy if I had the opportunity to go to another city and play at least once a month. But at this time it is hard to imagine.

In 2018, you had your first performance at the Amsterdam Dance Event. Can you describe that party in a few sentences and convey the atmosphere in the club, the reaction of the audience, who you performed with, and similar things? How important was that performance to you?

It was the most beautiful thing I had ever experienced. Just that hospitality, having the opportunity to meet people from all over the world with whom you have been in contact for years and having the opportunity to speak, is a special feeling. It was my second time playing in Amsterdam. That city is special and the people are special, completely different, these are people who really love music and appreciate your work and effort. It was something completely new for me, to meet in one place all the people who have been working and releasing music with you for years.

Could you single out any of the highlights of your career over all these years?

There were a couple of things, for example, when my track “The Lizard King” was selected by Mixmag Adria in the Top 20 best releases for 2017, then my original “Affraid of Happiness” found itself as the soundtrack for the movie ”Electric Heart”, the already mentioned Amsterdam Dance Event etc.

How do you spend your time when you are not in the studio, do you have any hobbies that you dedicate yourself to when you have free time?

I love to ride a bike, I also love to cook and make food, I often read something, and there is also Netflix. 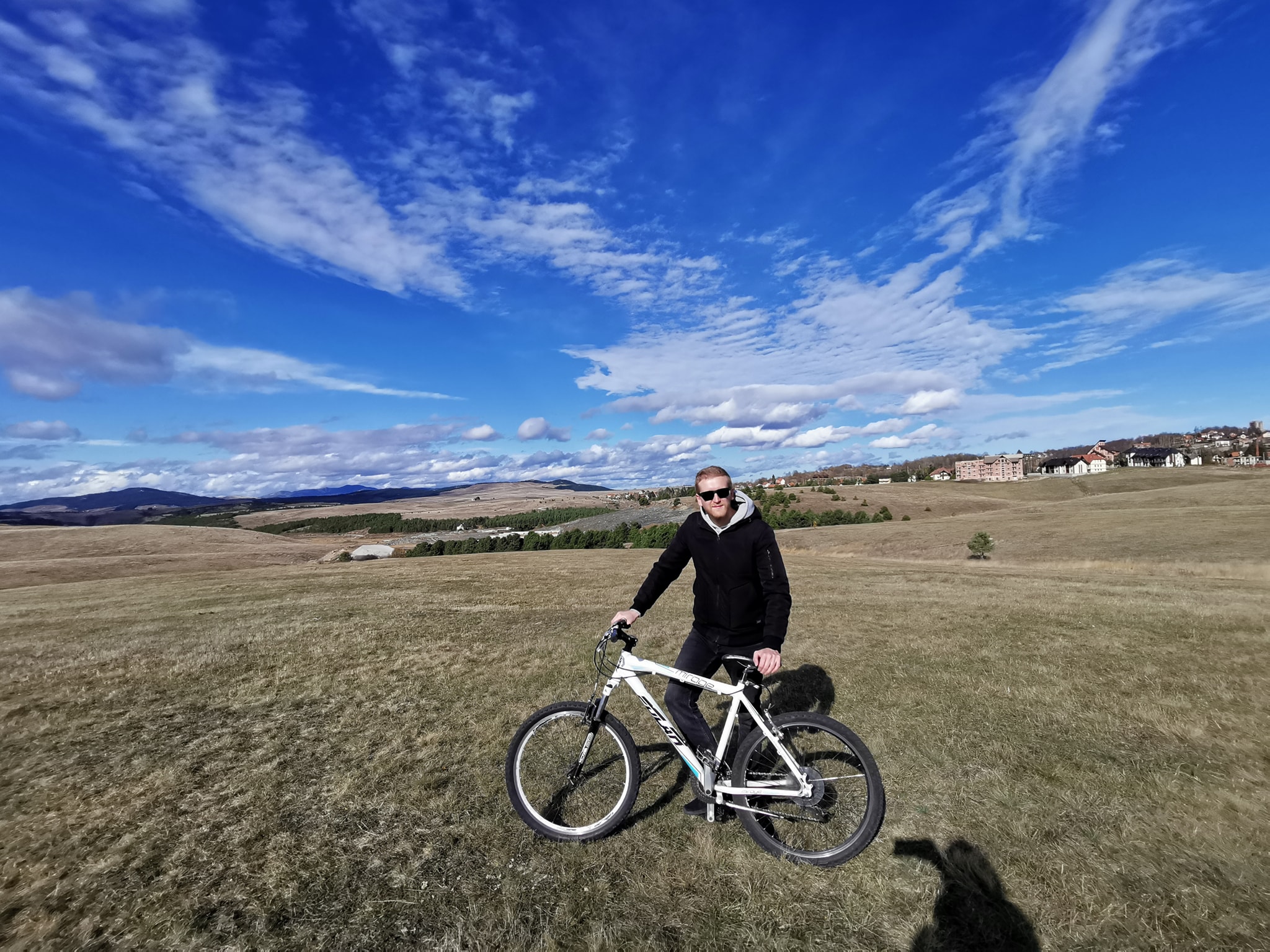 Are you maybe working on some new project that we can expect soon?

Currently I plan 3 remixes to finish and then 1 or 2 more originals. This summer my SSD burned out and I lost all the started projects, so it is very difficult for me to start all over again, that just threw me off balance. Then this pandemic, so I also had a wedding this year, there were a lot of things there. Basically I hope from next year that I will get back a little on the right track and my usual routine.

Once again, thank you so much for your time for this conversation.