Milija Aćimović, also known as Aćim, belongs to a more experienced group of DJs, having started his career at legendary, now-defunct club Soul Food, after which he would be a regular guest at clubs such as Industria, Mondo/ Plastic, Andergraund (Underground) and Sound. Since then, he has continued to perform and participate in the organization of numerous events, not only in Serbia but also abroad, while sharing his experience and DJ decks with names such as Hernan Cattaneo, Marshall Jefferson, Bob Sinclar, Sandy Rivera and many others.  Aćim garnered international attention when his track “The Chant,” created with project The Machine (Pete Gooding & James Doman,) was remixed by DJ Chus.

Hi Aćim, we are glad to have the opportunity to catch up.

How was the period during the lockdown? Did you have time to listen to music?

Maybe we all benefited from this break and the involuntary rest, having a chance to arrange our priorities a bit differently, and if old plans failed – to make new ones. There was time as well for some new music that we hadn’t had a chance to listen to yet.

You have a really tremendous career behind you. Are there any projects and ideas that have not seen the light of day?

Of course there are–many! That’s all normal because healthy competition can be part of personal progress and it can happen that you get overtaken, which has been the case for me a few times – Carl Cox, Tiga etc. In that sense, I’m sad that my “baby” the Green Beat festival did not go beyond 3 years, thanks to the unfortunately timed economic crisis. 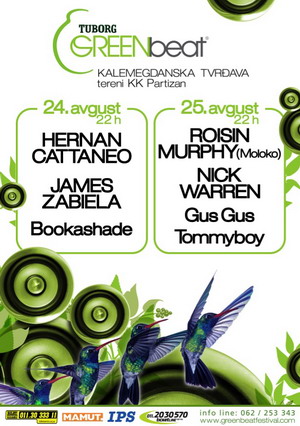 Aćim as producer? How does that sound to you?

In the beginning, it sounded interesting and logical, and some 7-8 years ago I took production more seriously, determined to find out “what would happen, if it happened.” Well, there was nothing–those few releases that I had were on small/ medium labels and went unnoticed, so I left it all aside in the drawer “been there, done that”.

What can you tell us about the event with Hernan Cattaneo in London? We already heard a few interesting versions. Is that still the day you fulfilled your dream in the music world?

I will never forget that event, mostly because of the enormous stage fright even though, by that time, I had been playing for the past ten years. London had established itself as one of the centers of the club scene in 2006, and with the perfect underground club The Cross, with Renaissance as a promoter & massive event brand, and with Hernan as forefront – all that in one place, and with me nonetheless as a small screw in the proven machinery is something that I thought I would never get the chance to experience.

Despite several months of preparation and of music selection, I still had significant stage fight. Renaissance promoters seemed to be even more skeptical than I was–despite all the preparation, they weren’t sure how I was going to do out there. The staff and the tech crew had no idea who I was, so they didn’t really take me seriously at first.

But then halfway through my set (which was from 10pm -1am), thanks to the carelessly large amount of beer that I drank in order to break the jitters, everything somehow fell into place – Renaissance scheduled me for a new gig, and the unfaithful lightman danced with me more than he did his job. The audience fist-bumped me to show their respect, and I was in total disbelief at the end of my set when the master himself – Hernan – showed his respect, waiting until the final moments of my very last track to start an applause chain that overwhelmed the entire place – it sent me into a semi-trance state that lasted for a while after. Luckily I managed to record a good part of that set, and I was glad that we had a chance to broadcast it on Suza’s channel during the quarantine. That is a good indicator of the development (or lack thereof) of progressive in relation to its golden age.

Do you think that scene can transform itself and bring back the spirit there once was?

From a global perspective, I think that it is something which is unfortunately not possible anymore. The music industry lost its significance and that has proportionally happened to electronic music as well. Without offending anyone, I can’t classify EDM as electronic music because it’s a bubble with a limited lifespan and I think it’s coming to a certain end. But if we look at the events and festivals that are based around it – for example, Tomorrowland – we get a distorted picture of what success really is, so that’s not really a measure of the scene or the audience’s interest in electronic music. Having festivals is a necessity, but they are slowly turning into an event where the actual music becomes an afterthought rather than the focus. That is an outcome of the development of this modern moment – the audience is always looking for more, and it is natural to want to meet those expectations.

Does the popularization of electronic music and the massiveness of big parties and festivals affect the fact that the real club scene is on the wane?

The club scene rests on something else–at least, that’s how it used to be. Today, the biggest problem is the lack of critical mass, even though some other clubs are full now (with some other “music”) and that is a sign that we lost the battle. The youth of the clubbers did not show up–more precisely, they went in the other direction, and that is why the club scene that we love is suffering and may never recover.

We recently did a story about Lifka. Could opening a club in Belgrade of a similar concept and size do the job 15 years later? Do you think that it is important to have a permanent and specific meeting place, like the well-known club from Subotica, where people can develop their story?

My generation most often expressed their passion for music by choosing the place, because back then everything was based around music. The term “club” had a social weight as a place to meet, gather, and socialize… today’s concepts and the needs of the audience are completely different, so I do not think that would be possible today. No club the size of Lifka has ever succeeded, except for Industrija at the beginning, so it is unlikely that it could happen again today.

What do you think: why are Hernan and Nick reliving their new youth and seeming to enjoy their job more than ever?

In order for Hernan to experience a new youth, he would have to first grow old, but listening to his sets and the number of events he’s pulling every year – that’s not even in sight. For me, Nick has a bit different energy and quality, so if you are asking me, I’m not a fan of their b2b sets. Nonetheless, the most important thing is that we are going to be listening to them and following them for a long time to come. 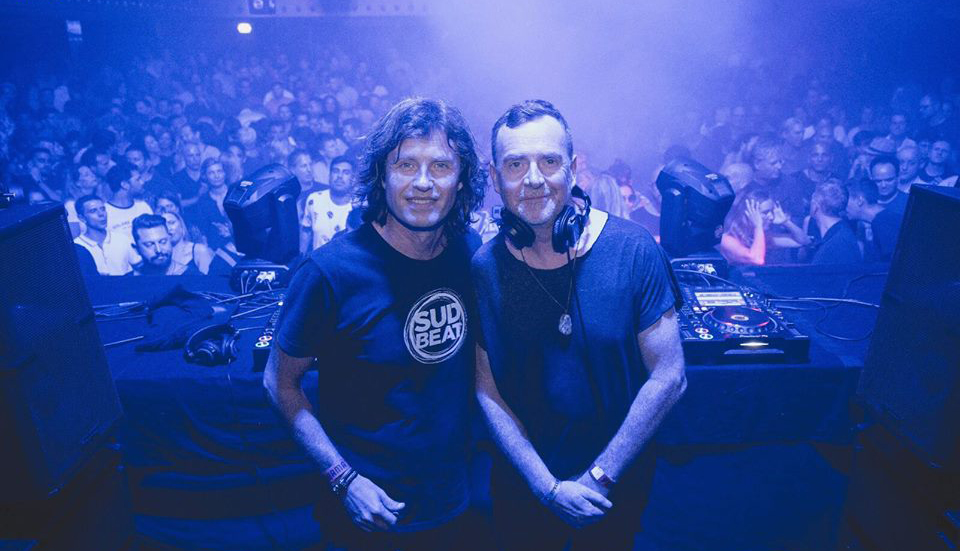 Do you think that the big four are leaving the scene to the rightful heirs? Is there anyone with enough charisma to stand shoulder-to-shoulder with them?

If there is someone to mention it is definitely Guy J, but unfortunately my list is coming to an end right there. Generational change is inevitable but somehow in the progressive scene the rightful heirs to the big four haven’t materialized yet – especially as far as charisma is concerned. Maybe charisma is not what people are looking for anymore; most audiences go to events looking to hear music of all different kinds, whereas only a few actually follow DJs like they used to when it was the only thing that mattered.

Which organization from Serbia can you single out for us? How hard and stressful is it to actually be in that world?

Time Code for their approach and the way those events are realized, congrats to them.

Blender for their seriousness and organization, the variety of the programs and artists they bring.

Love Fest for the idea and method they utilize, which demonstrates how to make a festival from the ground up, without having to re-invent the wheel.

Behind all that, there is tons of stress, uncertainty, and dilemmas, it is just that today’s moment is much more difficult for this branch of industry. In “my time,” it was incomparably easier due to the greater interest of the audience and sponsors (without them, it is basically impossible). 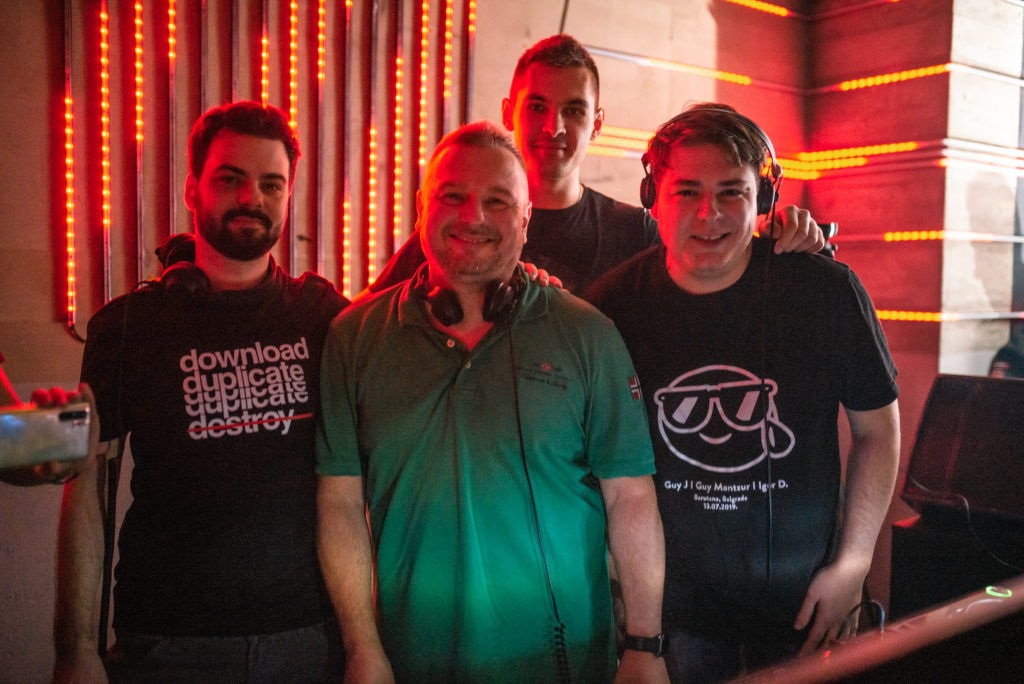 Progresivna Suza, how much was something like that needed around here?

I am not objective because I experienced Suza as an extension of what we used to do and love, now with some new and fresh energy, but on exactly the same path and desire as before.

How do you explain the “family” effect that was created within the group?

Simply – music and the passion for progressive connects us, and together we experience the same emotion.

As a man with a lot of experience in this field, what would be your advice for the Progresivna Suza team?

As long as we are driven by the emotion and passion for the music we love so much, Suza will survive and thrive on such foundations.